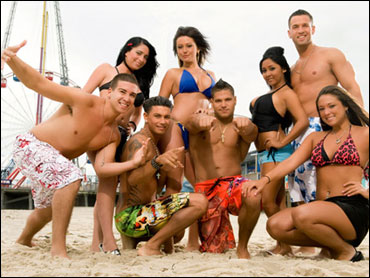 The New Jersey beach town that's home to MTV's "Jersey Shore" is trying to distance itself from the controversy surrounding the reality show.

In a statement Monday, the Borough of Seaside Heights says it "did not solicit, promote or participate in the filming" of the show.

It did issue a permit allowing the production company to film, but says those permits are issued routinely.

The show focuses on the escapades of eight 20-somethings thrown together at a summer shore house. The stars are mostly Italian-Americans.

The town insists the show doesn't reflect the majority of its visitors.