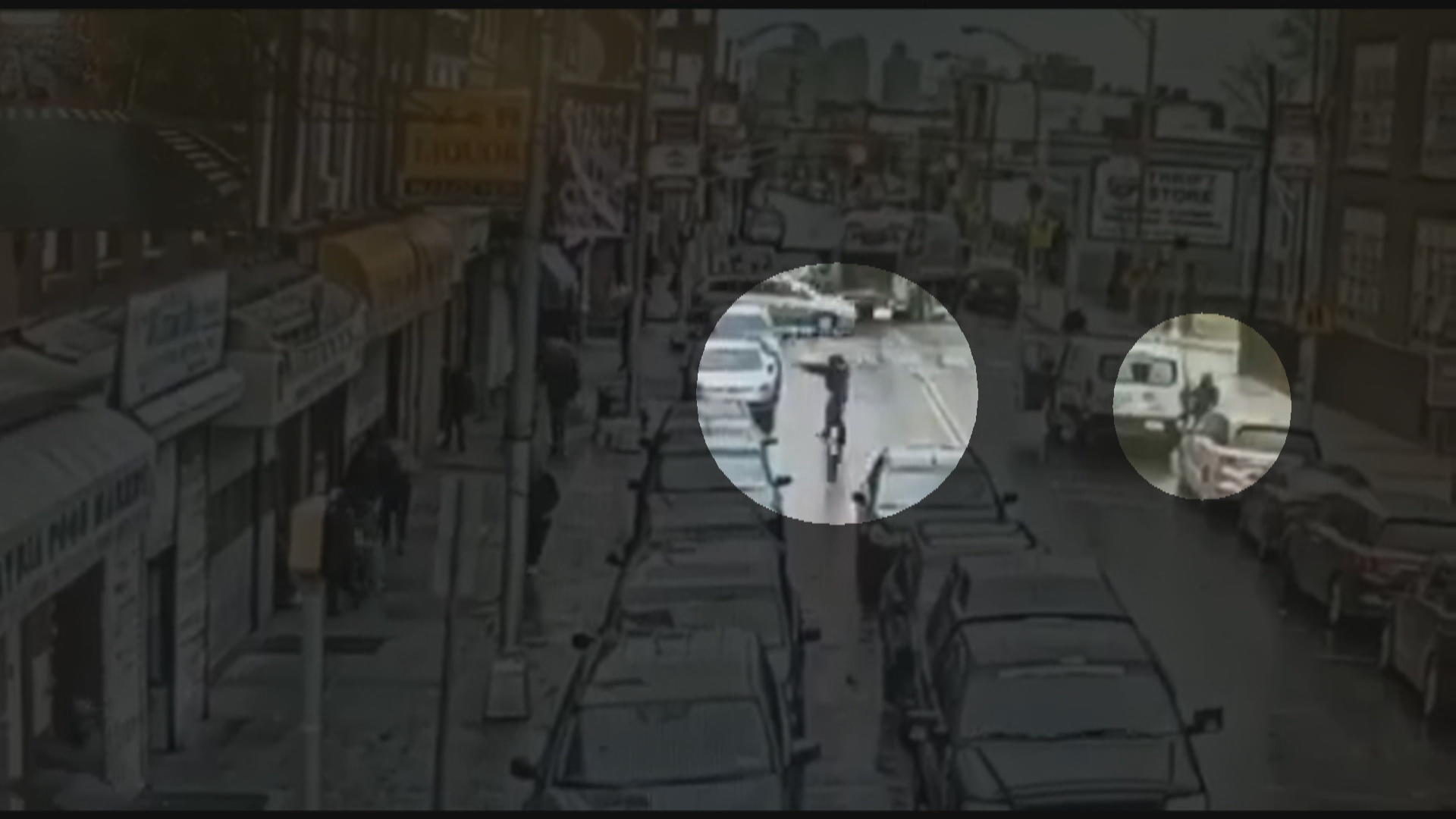 The shooters who killed a police detective and three others in Jersey City Tuesday are believed to be a couple who have possible ties to what some consider a hate group, investigators said. Newly released surveillance video shows a man and woman get out of a stolen van and start firing gunshots into a kosher grocery store, CBS News Correspondent Don Dahler reports.

Jersey City Mayor Steven Fulop said it is clear they targeted the kosher market. "From our standpoint, there is no question that this is a hate crime," he said Wednesday.

Three people died in the store before the shooters were also killed. Two of the four victims were buried Wednesday night. Moshe Deutsch, 24, was studying to be a rabbi. Mindel Ferencz, 31, was co-owner of the business where she was gunned down.

Sam Gold was pinned down in his car while shots whizzed by him. Some bullets hit his vehicle. He was finally able to escape when officers arrived on the scene.

"It took 25 minutes. I was lying in my car, bullets on top of my head. I was scared every second that a bullet was going to go through my car," Gold said.

David Lax is seen running from the store in the surveillance footage. He said he came face to face with the shooters.

Jersey City Police Chief Michael Kelly said he believes more people could have been killed if two nearby officers hadn't heard the gunshots and called for backup.

Rabbi Moshe Shapiro said the attack came as a shock.

"There is a growing community here of orthodox Jews who have settled in this area. It is a very diverse area. Have you sensed any tension because of that?" Dahler asked.

"I have not," Shapiro said. "I visit here all the time. I frequent the Synagogue and the grocery store and never see — they never complain of any local attacks."

The killers were also found dead in the store. They were identified as 47-year-old David Anderson and 50-year-old Francine Graham. Investigators believe the supposed couple identified in the past as Black Hebrew Israelites, a group known to rail against whites and Jews.

They began the shootout at the Bay View Cemetery early Tuesday afternoon, where they shot and killed Jersey City Detective Joe Seals.

"When we lose cops. it's always difficult, but when you lose somebody as active as Joe, everybody knew him because he was out there all the time, chasing crime all of the time," Kelly said.