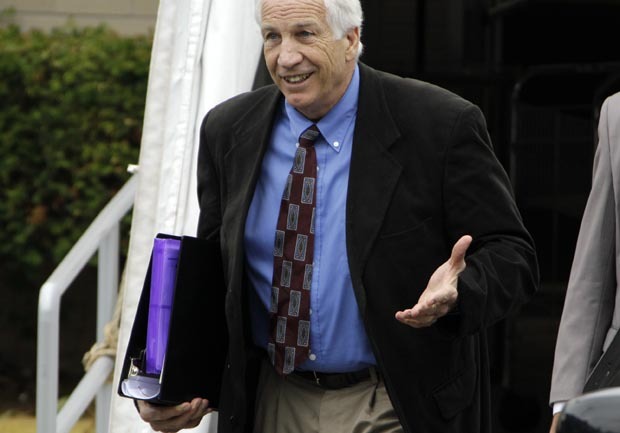 (CBS/AP) BELLEFONTE, Pa. - The first defense witness called in the child-sex abuse case of Jerry Sandusky testified Monday morning that he "never saw anything inappropriate" between the former assistant football coach and any young boys while they showered.

Richard E. Anderson, a retired member of the Penn State coaching staff, was called as a character witness. Anderson said it was not unusual for him to shower with boys at the YMCA, either.

According to StateCollege.com, Judge John McCleland stopped Prosecutor Joseph McGettigan before he could ask Anderson if he had "heard rumors" about Sandusky and his contact with minors.

A former camper at Sandusky's charity, "The Second Mile", and another former member of the PSU football staff were also called as character witnesses. Booker T. Brooks, a former assistant coach for the PSU football team, told the court that Sandusky had an "exemplary, top-notch" reputation.

Meanwhile, on Friday, Judge John Cleland ruled that he would allow the defense to call a psychiatrist to the stand to testify as to the former Penn State assistant football coach's mental health.

According to CBS News chief investigative correspondent Armen Keteyian, the defense is expected to argue that Sandusky's behavior was not that of a sexual predator but rather of a man attempting to draw attention to himself by his activities.