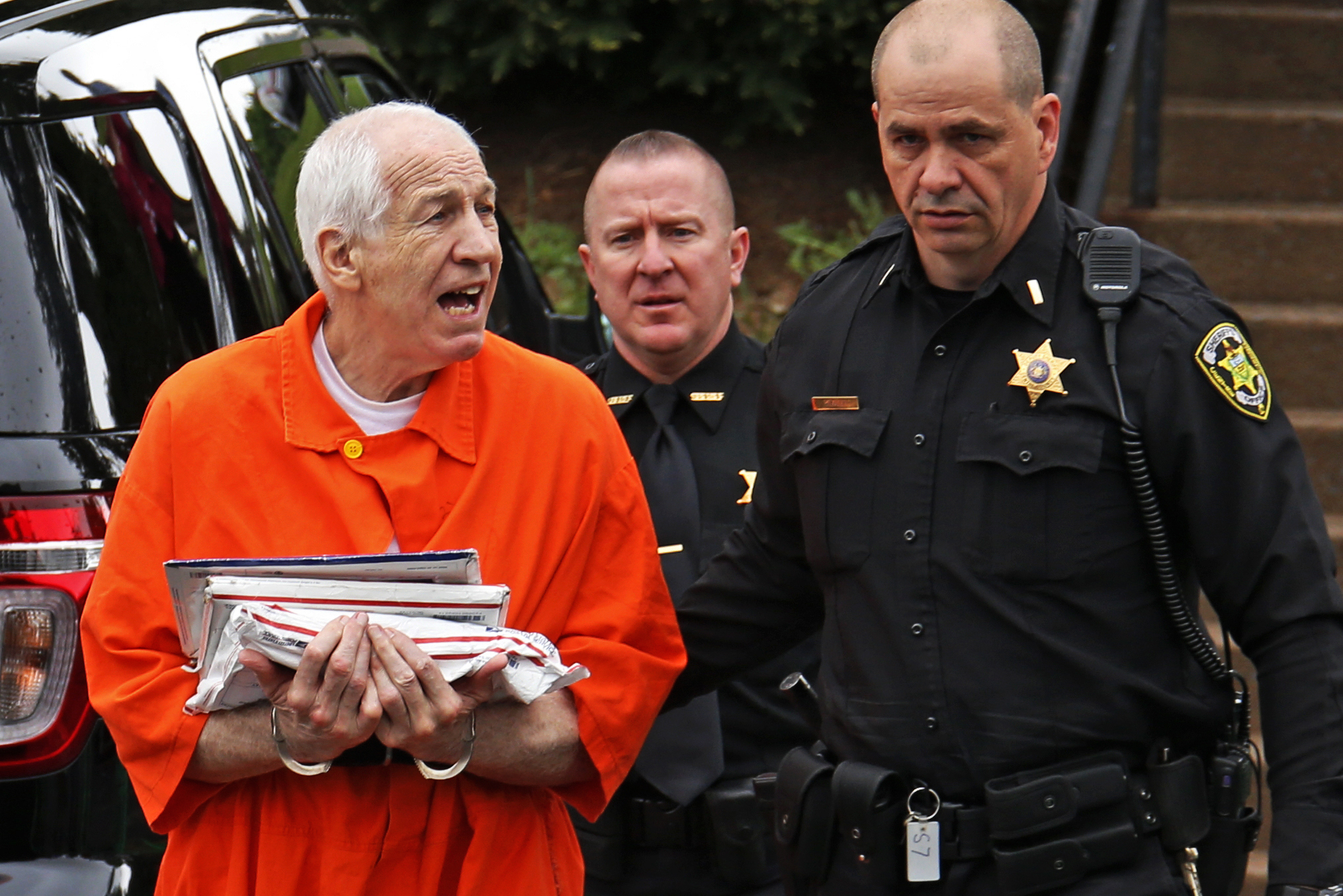 BELLEFONTE, Pa. -- Jerry Sandusky took the stand Friday to forcefully deny the child molestation charges he was convicted of four years ago and said it wasn't his idea to waive his right to testify during his 2012 trial.

The former Penn State assistant football coach testified for an hour during an appeals hearing in which he's hoping to have his 45-count conviction thrown out or get a new trial. The 72-year-old argued during a hearing scheduled to last for three days that he wasn't properly represented by his legal team.

On Friday, he told the court that he learned he'd be doing an NBC TV interview just minutes before it occurred and that his defense lawyer strongly advised him against taking the stand to reject claims that he had molested boys.

Although he didn't testify at trial, Sandusky did speak during his sentencing, denying he committed "these alleged disgusting acts" and hoping that "something good will come out of this."

He testified by video link during a January 2014 hearing about his ultimately successful effort to have his $4,900-a-month pension reinstated.

In a filing this week, his attorneys said Sandusky would describe conversations with his lawyers concerning the identity of the young man called Victim 2 in court records and about allegations of abuse made at the time of trial - but outside court - by his adopted son Matt Sandusky.

Sandusky, his lawyers wrote, "will testify regarding each accuser and deny that he committed the crimes alleged."

Eight young men testified at trial that they were abused as children by Sandusky, who spent decades at Penn State under head coach Joe Paterno before his retirement in 1999.

Sandusky founded a charity for at-risk children where prosecutors say he recruited victims.

"Mr. Sandusky will submit that he did not start The Second Mile in order to groom victims," his lawyers wrote. "He will testify regarding how often the accusers would stay at his home and if they stayed with other children."

A spokesman for the attorney general's office said prosecutors consider Sandusky's post-conviction claims to be meritless and are ready for his testimony.

The hearing is expected to continue on Aug. 22 and Aug. 23. If Sandusky is successful, his charges could be dismissed, but that's less likely than the chance the judge could order a new trial.

Sandusky is serving 30 to 60 years in Greene State Prison, where he's been largely segregated from the prison's general population out of concerns for his safety.