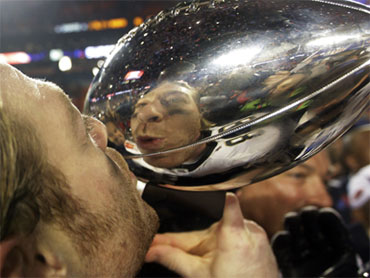 Executive vice president and general manager Mickey Loomis, in a statement Tuesday, thanked Shockey for his contributions to the team and wished him the best in the future.

The Saints acquired Shockey in a trade with the New York Giants before the 2008 season. In his three seasons in New Orleans, he caught 139 passes for 1,460 yards with six touchdowns in 38 regular season games, 34 of them starts.

The nine-year veteran had 41 receptions for 408 yards and three touchdowns in 13 games last season. He also made his 500th career catch last season.

The emergence of 2010 third-round draft choice Jimmy Graham made the decision easy for the Saints.

"It's a business, I understand," Shockey told ESPN's Rachel Nichols. "I'll just go play hard for someone else. Whoever gets me it's going to be a steal."

Later, Shockey said on ESPN's NFL Live he's taking a physical on Thursday for a team. He didn't want to say what team he would be taking the physical for, according to CBSSports.com Rapid Reports correspondent Larry Holder.

Shockey has a history of injuries - he even suffered a seizure in the Saints' weight room last year - but but at age 30, he might still have something left in the tank.