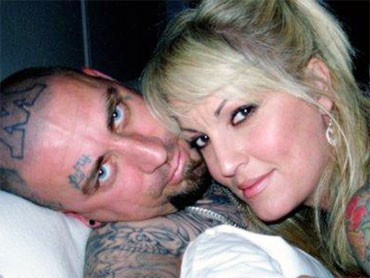 According to ABC News, court records show Aikman has a record of "several convictions involving alcohol, guns and manufacture of narcotics." 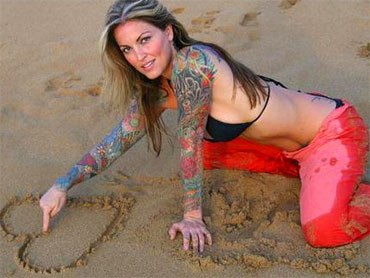 Bullock and husband Jesse James are fighting Lindemulder in court for custody of James' and Lindemulder's five-year-old girl.

James has had sole guardianship of the child since Lindemulder, an adult film star and director, was jailed for tax evasion.

Federal prosecutors on August 22, 2008 said Lindemulder, 39, of Huntington Beach, Calif., failed to pay more than $200,000 in taxes owed to the Internal Revenue Service.

She served six months behind bars and was recently released.

Now she wants her daughter back and went on Good Morning America Tuesday to make her case. "What would give her the right to take away my daughter?" Lindemulder asked. "I am the best mother I can be."

But Lindemulder also admitted, "I absolutely have made horrific choices in the past."

According to court papers filed by James, those choices include "allowing the child around pornographers, drug addicts, guns and firearms, felons and other unsafe environments."