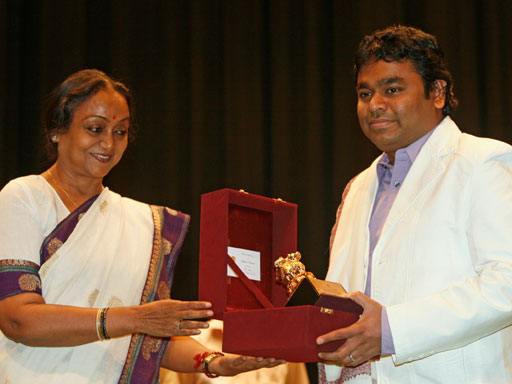 As the nation remembers Sept. 11, a new book takes a look at one of the few bright moments from that awful day. It profiles the passengers and crew of United Flight 93 and the role they may have played in forcing the plane down near Shanksville, Pa. That action possibly saving thousands of lives in the nation's capitol.

"Among The Heroes" has now climbed up the bestseller list. The book's author, Jere Longman, is a reporter for the New York Times. He visits The Early Show to talk about it.

We may never fully know what happened in those final few moments of United Flight 93, and what forced the plane down into a Pennsylvania field instead of possibly hitting the White House or the U.S. Capitol.

But we now know a great deal about each of the 40 passengers and crew on board, and the valor they displayed on Sept. 11.

"Among the Heroes: United Flight 93 & the Passengers & Crew Who Fought Back" made headlines last month with the claim that some of the passengers may have used a food cart as a battering ram to break down the cockpit door in an effort to seize control of the plane away from the hijackers.

Longman, who got to know many of the family members personally writes, "They took solace in the gallant death of the passengers and crew, in the final phone calls, in the brave resistance and defiant attempts to regain control of the plane. In knowing those aboard the plane made a decision about their destinies. In the bittersweet fortunes to have had the deaths of their loved ones noted by the world.... it is clear the passengers and crew acted with heroic defiance. They accomplished what security guards and military pilots and government officials could not - they impeded the terrorists, giving their lives and allowing hundreds or thousands of others to live."

The sky on September 11 dawned cerulean blue, one of those unblemished skies that often appeared in late summer after heavy rains or hurricanes -- rinsed, cloudless, apparently cleansed of tumult. It was a week past Labor Day. The U.S. Open tennis tournament had just concluded, school was back in session, football season had begun, baseball had entered its stretch run. Casual fashion had faded to basic black. Autumn had arrived in the New York area, if not by calendar's decree, then by the urgent feel of resumption. Summer had been shaken away like sand from a beach towel.

Dressed in his navy blue uniform, the four gold stripes on the sleeves denoting his rank as captain, Jason Dahl entered United Airlines' flight operations center in a secure area of Terminal A at Newark International Airport. It was approximately seven a.m. on this Tuesday. Check-in occurred an hour before each domestic flight. The previous day, Jason had traveled to Newark from his home in the Denver suburb of Littleton, Colorado. He would pilot Flight 93 to San Francisco, having traded a trip later in the month for this one. This was a long-awaited week. Jason would stop by and see his mother in San Jose, California, during his layover. In two days, he would return home to begin his plans for the weekend.

This would be the fifth wedding anniversary for Jason and his wife, Sandy. It was the second marriage for both, and Jason liked to do things in a big way. He had proposed to her on a cruise ship, hiring a plane to fly over with a banner that read SANDY, I LOVE YOU SO MUCH, WILL YOU MARRY ME? For their honeymoon, he told Sandy to pack for another cruise. They ended up in Tahiti. When he called on Monday night from Newark, Jason told Sandy that he had bought her a new Volvo. There would be more gifts. When it came to birthdays and anniversaries, Jason possessed the flamboyance of Monty Hall introducing a showcase on Let's Make a Deal. He and a family friend, Jewel Wellborn, had arranged for Sandy to receive a manicure, pedicure, facial and a massage on Friday afternoon. While she was distracted in her bedroom, deliverymen would arrive with a baby grand piano programmed with Jason and Sandy's wedding song. That night, Jason would cook a gourmet meal. On Saturday, he and Sandy would fly to London to celebrate their anniversary. "He was so thrilled, planning every intricate detail of surprise," Wellborn said.

In the United operations center, Jason signed onto a computer, verified his schedule, checked to see if there were any changes. From service representatives working in an open-window area, he received several printouts generated from company headquarters in Chicago. The paperwork told him of the general condition of the aircraft, whether there was a reading light out in first class, or a coffee maker on the blink in the rear galley. It gave him an update of maintenance service on the plane, a review of the weather, a manifest of the flight attendants, passenger load, an extensive flight plan, a reading of fuel levels, possible turbulence, runway data and estimated waiting times.

Flight 93 was scheduled to depart one minute after eight, but anyone who flew out of Newark regularly knew to expect delays. Planes could stack up like balloons in the Macy's Thanksgiving Day Parade. Given Newark's clogged taxiways and the crowded airspace above the three major airports in the New York City area, sometimes it seemed there was as much gridlock in the skies above Newark, LaGuardia and John F. Kennedy airports as there was on the streets below. After reviewing the paperwork, Jason signed a release for the plane, placing it in his control. Next to his name, he wrote "C-3," indicating that he was certified to perform landings in as little as three hundred feet visibility, the highest qualification that United offered.

In the operations center, Jason met LeRoy Homer Jr., the first officer on Flight 93. The two had never flown together, but they had one thing in common: they caught the flying bug early and this was the only job they ever really wanted.

Excerpted from "Among the Heroes" by Jere Longman. All rights reserved. No part of this book may be used or reproduced without written permission from HarperCollins Publishers, 10 East 53rd Street, New York, NY 10022