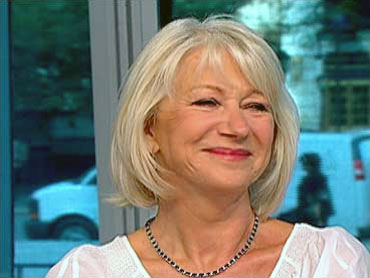 Ken Jennings says the end of his unprecedented winning streak isn't all bad: He's glad to be getting his life back. He's also $2.5 million richer. Nancy Zerg, who beat him, was very humble in a joint interview on The Early Show.

Ken Jennings says there are good aspects to the end of his unprecedented run on 'Jeopardy."

Jennings' 74-game winning streak brought him $2,520,700, a record for a TV game show contestant, since his first appearance June 2.

The Salt Lake City software engineer was beaten by Nancy Zerg, a former actress who now sells real estate in Ventura, Calif. The show aired Tuesday night. Zerg held the title for just one day and was beaten in a shoiw that aired Wednesday night.

Jennings said his loss wasn't the result of his being "off his game." He told Harry Smith, "It didn't come down to that at all. It came down to Nancy playing a very good game, much better than me.

"Everything (goes) so fast and, once Nancy won the game, I felt some immediate sense of relief," Jennings continued. "It was so nice to realize that I finally knew how the story was going to end. My life had been in some holding pattern for six months while this whole "Jeopardy" thing happened, so it was nice to move on."

Zerg told Smith she had no sense that Jennings might be vulnerable, as the game went on. "It goes so fast. It's like being on a roller coaster: You strap in and the game starts flying. …I never thought he was vulnerable. I just was focused on trying to get as many correct answers as possible."

Zerg says her mindset helped her win: "I was thinking that, as good as he is, the more he won, the more intimidated other people became, and so it became a self-fulfilling prophecy. He was just the best player, and other people would walk up and say, 'Oh, no, I'm playing Ken,' and they would lose the game before they ever started. So, I kept thinking somebody is going to beat him sometime. I'm going to try."

Jennings revealed that he's been approached by H&R Block to do commercial endorsements. The company was the "final Jeopardy" answer that tripped him up and led to Zerg's win. "They don't want me to forget their name again," Jennings joked.

"They haven't contacted me," Zerg kiddingly chimed in.

"And she got it right!" Jennings exclaimed.

Alas, Zerg may have a lasting claim to fame: "Right after the show taped," she says, "one of the other contestants said to me, 'You're going to be on a "Trivial Pursuit" card!"