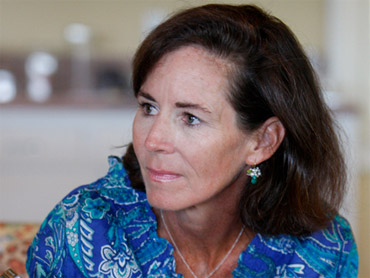 Even if her straying husband had asked her to, South Carolina first lady Jenny Sanford says she would not have stood beside him when Gov. Mark Sanford told the world about his affair with an Argentine woman.

Jenny Sanford tells ABC's Barbara Walters for a special airing Wednesday her husband's actions have caused consequences but have not robbed her of her self esteem.

Sanford tells Walters she found out about her husband's affair in January and forbid him to see the other woman.

She says Sanford never asked her to appear with him at a June news conference at the Statehouse where he confessed the affair. But she says if he had asked, she would have turned him down.

"Barbara Walters Presents: The 10 Most Fascinating People of 2009" airs Wednesday at 10 p.m. EST on ABC.