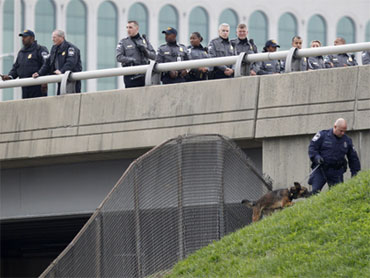 Who is Ken Jennings?

Any "Jeopardy!" fan can tell you he's the software engineer who became a household name after winning a record $2.5 million on the popular game show last year. Now, he may be on the brink of setting new records as he prepares to take on two challengers in a three-day title match.

His 2004 success prompted many fans of the show to wonder, how would Jennings fare against some of the other champions of the game?

We'll find out this week when he faces off against two former "Jeopardy!" masters, Brad Rutter and Jerome Vered, in the $2 million "Ultimate Tournament of Champions." The two earned the right to challenge Jennings in a 15-week competition.

"This is about as good as it's going to get," Jennings tells The Early Show co-anchor Harry Smith. "I've watched Brad and Jerome. These are great 'Jeopardy!' players."

Rutter, the first millionaire winner, had said before that he wanted to compete against Jennings. "But not in a sort of like 'I got to take that guy down' way," he tells Smith. "When you want to be best, you have to play the best. Ken was obviously doing things on 'Jeopardy!' no one had ever done before, and was very impressive in doing so. So I always wondered how I would do."

A Pennsylvania resident who now hosts his own quiz show on local TV,
Rutter took home $1,155,102 in the 2002 Million Dollar Masters tournmament.

Vered an author, admits that during Jennings remarkable run last year, he looked for weaknesses or chinks in Jennings armor.

"He's a very good player," he says. "Everybody has chinks. On the board, anyone can win on a particular day or lose. Michael Jordan didn't win every game."

Jennings says he actually felt the pressure during the three-day tournament, which was taped, but airs May 23-25.

"I felt like you had to be absolutely perfect every time," Jennings says. "I was a little bit nervous because I had been home watching this whole tournament. I'd seen how good these guys were. I thought, man, they're just going to dump me in the shark tank."

The tournament participants competed in a series of games, which narrowed the field to Vered and Rutter, who competed against Jennings in the finals.

Running up to the finals, Vered says he had a list of people he didn't want to play against but he didn't have his way. "In round three, two of them were in my game," he says. "It was horrible. What am I going to do against these guys? I did OK. But there were some very tough games."

Asked if there is a question, even now, that he would dread to be asked, Vered jokes, "CBS lineup for next season?"

All smiles, Vered, Rutter and Jennings say it has been really fun for them all. Of course, there is the financial incentive: $250,000 goes to third place winner; $500,000 for second place; and a $2 million cash prize for the winner.

As for Jennings, life could not be better since his record-breaking streak and win last season. He has become more popular than show host Alex Trebek, Smith notes.

"Don't say that," Jennings says modestly. "You'll get me into trouble saying stuff like that. I'm naive. I thought my life would just be normal. But as you say, I'm ubiquitous. I got a board game, a book coming out; it's nuts. It's been a lot of fun so far."

For a complete list of "Jeopardy!' champions competing on the "Jeopardy! Ultimate Tournament of Champions," go to www.jeopardy.com.