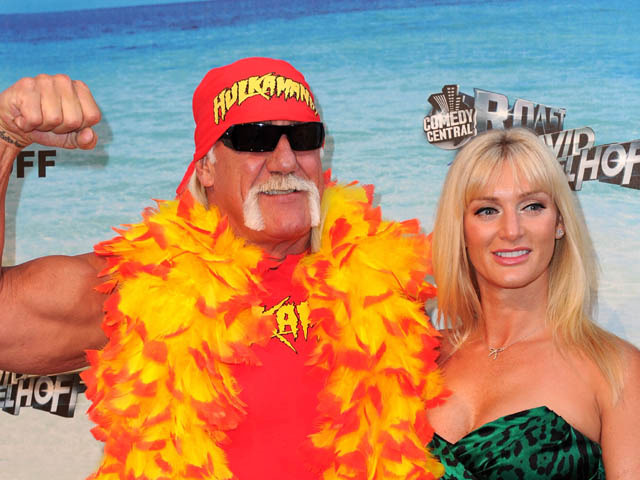 The former pro wrester (real name: Terry Bollea) was exchanging vows with girlfriend Jennifer McDaniel at his home in Clearwater, Fla., on Tuesday evening, when a fight reportedly broke out between a picture-seeking paparazzo and Hogan's security detail.

According to E! Online, the photographer, Robert Martinez, tried approaching from the rear of the estate when a family employee acting as security stopped him.

The two began pushing and shoving one another, but the altercation was soon broken up by police officers, the report states. Both agreed to stop fighting and leave the area without incident.

Since no one wanted to press charges, the wedding continued and no arrests were made, according to TMZ.

Back at the home, the pair successfully exchanged vows. E! reports that Hogan's daughter Brooke attended the affair and son Nick served as the best man.

Hogan was previously married to Linda Bollea. The two divorced in 2007 after 20 years of marriage.