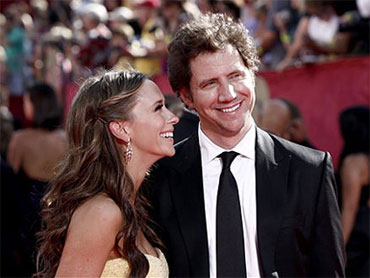 A source told the magazine that breakup wasn't contentious, and that the relationship had "run its course."

Hectic schedules may have had contributed to the split.

"She's working constantly, and Jamie's working on the show and touring [with his stand-up comedy act]," the source continued. "It just isn't conducive to a relationship."

The couple had been dating for about a year - Kennedy first confirmed the romance in March 2009 during a radio interview with Ryan Seacrest. The two often showed up to events together and spoke about one another in interviews.