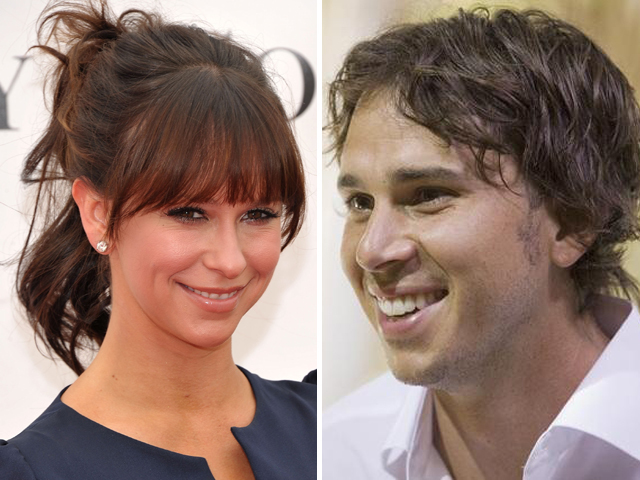 (CBS) Ben Flajnik did not win Ashley Hebert's heart on "The Bachelorette" this season, but that doesn't mean he's done with dating.

After actress Jennifer Love Hewitt wrote on Twitter that she wanted to give the 28-year-old winemaker a rose of her own, the pair reportedly went on a date last week.

On Aug. 2, the day after Hebert chose JP Rosenbaum over Flajnik on the show's finale, Hewitt tweeted: " Omg! Ben f except my final rose !!! I love that ring. Neil lane u rock!! Happy for Ashley.... Gotta book a flight to Sonoma !!!:):)"

Four days later, Us magazine reports, the pair was spotted together at San Francisco's Lion's Pub.

"It seemed like a first date, but he wasn't overly affectionate," an eyewitness told the magazine, adding, "As the bar started to close she grabbed his hand and marched outside."

The next day, Hewitt, 32, posted a cryptic message on Twitter: "Morning lovelys! I got lost in the most amazing sat! Just when you think u can't be surprised.... You are and it's awesome! "

But Hewitt might have some competition for Flajnik's affections - according to the magazine, the winemaker "is the favorite with the women" trying out for the next season of "The Bachelor," though ABC producers are also considering Ames Brown and Ryan Park for the gig.

Tell us: Who do you think should be the next "Bachelor"?