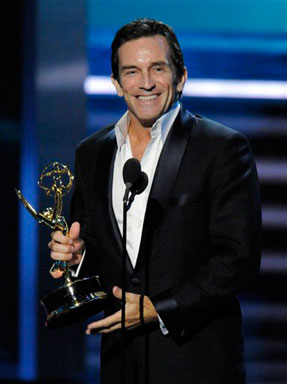 Thanks to Ben Affleck, Jennifer Lopez has some real romance in her life, plus she has the fictional love of Ralph Finnes in the romantic comedy movie "Maid In Manhattan."

She says it was the most difficult movie she's worked on.

"You have to kind of strike a balance between reality and telling a story, and being heartfelt and honest," says Lopez. "And at the same time, find the humor in it."

Lopez says her first romantic comedy, "The Wedding Planner," was difficult because she wasn't sure if she was funny. But, she says, it prepared her for "Maid In Manhattan."

"It gave me more confidence to try things and be a little sillier," explains Lopez. "Now I look at it and I go, 'Oh God, do I act like that?'"

In "Made In Manhattan," Lopez is funny — doing things she hopes she does not regret later.

There was also some improvisation. In one scene, Lopez sings Diana Ross's "I'm Coming Out" with four other maids. "Everybody starts clapping and everything," remembers Lopez. "But you can't help but think, 'Oh God, I'm gonna look at that in a year and be all, what was I thinking.'"

The movie isn't all fun and games. Lopez says the film addresses class distinction in society and the importance placed on appearances.

She says her character was conditioned to be invisible and not to have high aspirations.

"Because to dream is to take a risk … Our parents were more like, you know, 'Don't take a risk. Play it safe. Be stable. Have stability in your life,'" explains Lopez. "That's what we're always taught from when we're little. That's what I was taught."

Like her character in the film, Lopez is able to follow her dreams. However, she says she feels grounded now.

"I feel very comfortable where I am," says Lopez. "I'm centered, in my right place."

The actress/singer says she also has a new partner and a friend in her fiancé, actor Ben Affleck.

"But I think, you as a person have to be ready for that when it comes," says Lopez. "Or else, it wouldn't be the right thing at the right time … It was a great year for me but it was also a very difficult year. And it brought with it a lot of growth."

Jenny From the Block

There is something for every Lopez fan this holiday season. She continues to sell her J. Lo line of clothing and Glow perfume. In addition to the new movie, there's also a new album, and she's on the cover of every tabloid with Affleck.

When she was young, her mother told her she could do whatever she wanted, and she listened.

"That gave me the power to know that I could do anything," says Lopez. "It was always just being passionate about what I wanted to do … Nobody gave me that. You know, it's something that I think I was born with. But my parents were very nurturing. They let us know anything was possible with hard work."

From Lopez's new album "This Is Me...Then," her current single, "Jenny From the Block" is doing well. Its lyrics say, "I used to have a little, now I have a lot," going on to express that she is still the same person.

"I lived 20 years in the Bronx, in Castle Hill," says Lopez. "That's the experience that I draw from. So when I express myself, whether it's through my music or movies, or whatever, that's gonna come out. That's gonna manifest itself in some way."

The album title came from a conversation she had with fiancée Affleck. She say in ten years, if you play the album, you'll know the person she was in 2002. Lopez says she was soul-searching during the making of her album and the experience manifested itself in her music.

But, unlike her past albums, "This Is Me...Then" is full of hopeful love songs that were inspired by her publicized relationship with Affleck. The CD includes "Dear Ben," "Baby I Love You" and a cover of Carly Simon's "You Belong To Me."

It's hard enough to maintain a relationship in anonymity, but Lopez and Affleck's relationship were on the cover of US magazine, People and The National Enquirer. Some tabloids contain a kernel of truth; some have absolutely no truth at all. What is that like to have to carry on a romance in such a public forum?

Lopez says the couple does find moments of peace.

"We have time that we spend together and we try to, you know, keep it as personal as possible," says Lopez. "It's a tough delicate balance but at the same time, we're not complaining. We're very happy. You know, could be worse, we're … we're good."

In "Maid In Manhattan," Lopez plays a mother. She says one scene with Tyler Garcia Posey, who plays her son, brought out her real maternal instinct.

"We're doing the scene and I was in the middle of a line and he just hugged me," says Lopez. "And it was just a very real response. And I know the director told him to do it, but he didn't tell me he was gonna do it … It's not really about saying the right thing with a child. It's so much like … just hold … 'just hold me mommy.'"

Lopez says she wants to be a mother, eventually. She says it wouldn't be a full life for her if she didn't have the experience of motherhood.

Does she envision herself becoming a mother soon?