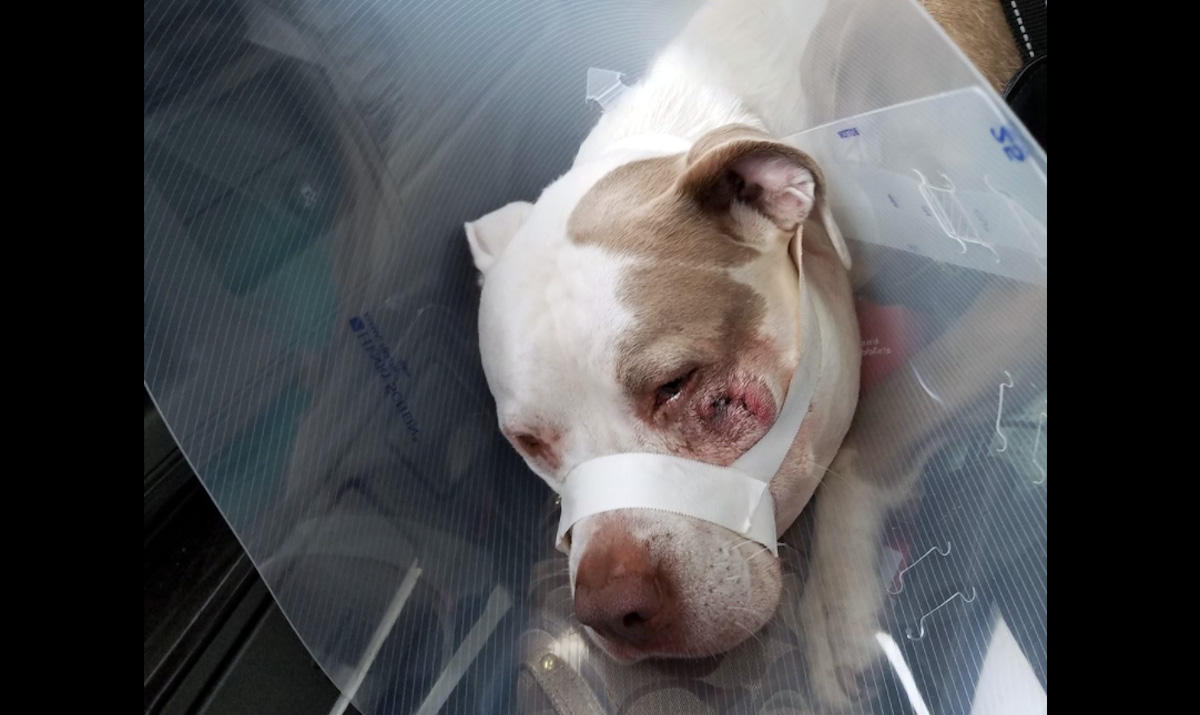 Jennifer LeMay posted home surveillance video of the shooting to Facebook, showing what appears to be a Minneapolis police officer firing his gun at two approaching pit bulls in a fenced-in backyard.

After firing, the officer is then seen jumping over the backyard fence.

LeMay says the officer shot one of her dogs in the face and another dog multiple times. Both animals are expected to survive. The dog that was shot in the face suffered a broken jaw.

She says both of the dogs are service animals. A GoFundMe page has been set up to help pay for veterinary bills. As of Monday afternoon, the page raised more than $17,000.

Police responded to her home on the city's north side after LeMay says her burglary alarm was accidentally tripped by her daughter. The 13-year-old girl then witnessed the shooting.

"It's hard for me to go to sleep," the daughter says.

LeMay believes her home surveillance video shows that the dogs were not aggressive or charging the officer. She also questions why the officer jumped the fence to get in her yard.

"The officer so feared for his life, but he had time to pick his shell casing up off my ground, he turned his back to my door where my dogs came out of and then hopped back over the fence," she says.

Minneapolis police released a statement on the shooting Sunday, saying that the department is aware of the shooting.

"Anytime an officer discharges their firearm in the line of duty there is an investigation that is completed by the Minneapolis Police Department's Internal Affairs Unit," the statement said. "We are in the process of reviewing the video posted online, as well as the officer's body camera video."

Police say they have reached out to LeMay.