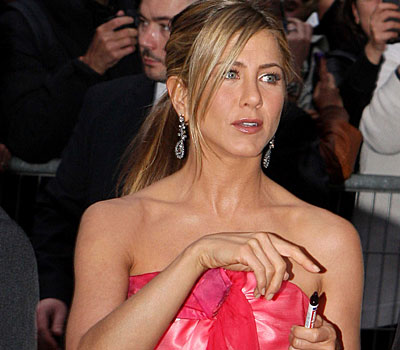 NEW YORK (CBS) Could Jennifer Aniston have a new man on her hands?

The "Friends" actress has been spotted on a "dinner date" with actor Chris Gartin, who is the soon-to-be ex-husband of event planner Jo Gartin, a close friend of Courteney Cox and David Arquette's. The two have been close friends for years, published reports claim.

According to People magazine, Aniston was out having dinner with Gartin at the Sunset Tower Hotel in Los Angeles on July 1. Blogs were buzzing with speculation on the mystery man, but reportedly he is "an old friend" of Aniston's.

"Chris and Jennifer have been friends for many years," Aniston's rep told People. "She has had dinner with him dozens and dozens of times."

The pair arrived and left together, but "they're definitely just friends," added another source, who said of the romance rumors: "This is just silly."