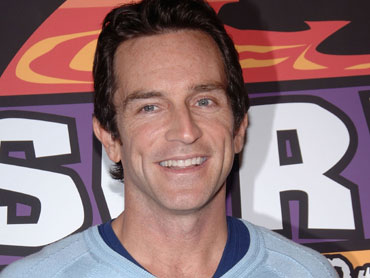 The reality show host, a longtime friend of Fischer's, officiated the July 3 ceremony in Malibu, Calif. He has been an ordained minister in the Universal Life Church since the 1990s.

Probst was on location in Nicaragua for the 21st season of "Survivor," People magazine reports, but managed to return to Southern California for 24 hours to conduct the ceremony.

Fischer and Kirk are not the first couple to be married by Probst. Over the years he has helped several friends tie the knot, according to the report. He also conducted his parents' 35th anniversary vow renewal.