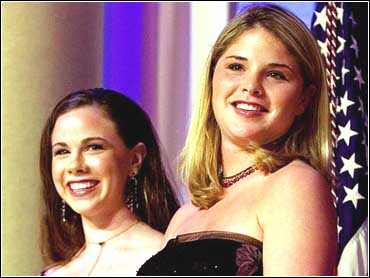 The president's daughter did not have to appear in court. Her lawyer was there instead, and entered a new plea of "no contest" on her behalf.

The 19-year-old twin is accused of trying to use somebody else's ID card to buy alcohol at an Austin restaurant. She had originally pleaded innocent. She could have lost her license for up to 90 days.

Just a few weeks before the May 31st incident, Jenna Bush pleaded no contest to a separate underage drinking charge.

Barbara Bush, who was cited along with her sister at Chuy's Mexican restaurant in Austin, pleaded guilty and was sentenced to probation and eight hours of community service and must attend an alcohol awareness class, according to court records.

She was also ordered to pay $100 in court fees. The probation, technically called "deferred disposition," runs through Sept. 7.

The White House has called the incidents a private family matter.