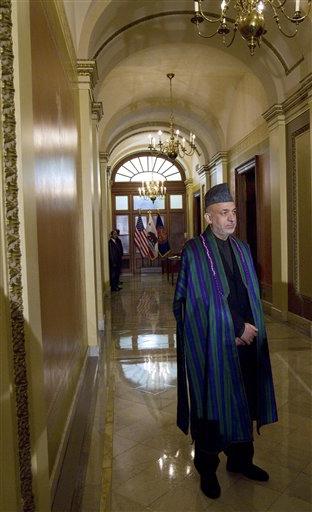 Sgt. Charles Robert Jenkins pleaded guilty Wednesday to deserting the U.S. Army in 1965, saying that he wanted to avoid "hazardous" duty on the Korean peninsula and Vietnam.

The plea was apparently part of a bargain with U.S. military officials to win the frail 64-year-old a lesser sentence. Jenkins vanished from his post and lived in North Korea for 39 years.

Jenkins also pleaded guilty to aiding the enemy by teaching North Koreans English in the 1980s. He denied that he advocated the overthrow of the United States and pleaded not guilty to charges of making disloyal statements.

Jenkins turned himself into U.S. military authorities on Sept. 11, two months after he left Pyongyang to seek medical treatment in Japan.

Jenkins, in full uniform for the court-martial, had been widely expected to plead guilty to one or more of the charges in return for a lighter sentence. Japan has been urging the U.S. government to be lenient Jenkins can live in Japan with his Japanese wife and their two daughters.

The guilty pleas were "conditional," which means he and his lawyers made modifications in the charges against him, presumably to lessen their severity. The desertion charge, for example, carried the explanation that he wished to avoid danger along the Demilitarized Zone between North and South Korea, and the hazard of imminent service in Vietnam.

The court-martial brings to a close one of the Army's longest desertion sagas. Though Army deserters from the 1940s are still being sought, no deserter or desertion suspect has surrendered after as long an absence as Jenkins.

Raised in poverty, the Rich Square, N.C., native joined the Army as a teenager, received a Good Conduct Award after his first tour of duty in South Korea in 1961 and rose to the rank of sergeant.

But according to the Army, he deserted his unit along the Demilitarized Zone on Jan. 5, 1965. While in North Korea, he participated in propaganda broadcasts, played an American villain in at least one anti-U.S. movie, and is believed to have taught English at a school for espionage agents.

If not for a surprising turn of events, Jenkins may never have left.

The Pentagon confirmed in the mid-1980s that he and three other suspected American deserters were living in Pyongyang, North Korea's capital.

But Jenkins' situation became the focus of intense international negotiations two years ago, when North Korean leader Kim Jong Il acknowledged that his wife, Hitomi Soga, was abducted by spies in 1978 and taken to North Korea against her will. She married Jenkins, nearly 20 years her senior, in 1980.

Kim's confession, in an unprecedented summit with Japanese Prime Minister Junichiro Koizumi, ended decades of denial and opened the way for Soga and four other abductees to return to Japan for an emotional homecoming.

It created a crisis for Jenkins, however.

Aware that he might be turned over to the U.S. Army, Jenkins and his daughters - Mika, 21, and Brinda, 19 - stayed behind. Shortly after Soga left for Japan, Jenkins even granted an interview from a hospital bed in Pyongyang begging for his wife to come back.

Soga remained, but Koizumi - responding to an outpouring of public support for her - traveled to the North again earlier this year to make a personal plea for Jenkins to join her in Japan or a neutral third country. Though reluctant, Jenkins agreed to a meeting in Indonesia in July.

Less than two weeks later, the family was flown to Tokyo, where Jenkins was hospitalized for an abdominal disorder.

Wartime desertion is a capital offense, but deserters are rarely dealt the full weight of the law. According to an Army report compiled in 2002, most are simply drummed out of the service.

The last American deserter to be executed was Pvt. Eddie Slovik, who was shot by a firing squad from his own unit in the closing months of World War II.

This year, an Air Force deserter on the lam for 22 years was captured, demoted and given a discharge without jail time. But in a higher-profile case, National Guard Staff Sgt. Camilo Mejia, who refused to return to his unit to fight in Iraq, was convicted of desertion in May and sentenced to a year in confinement.