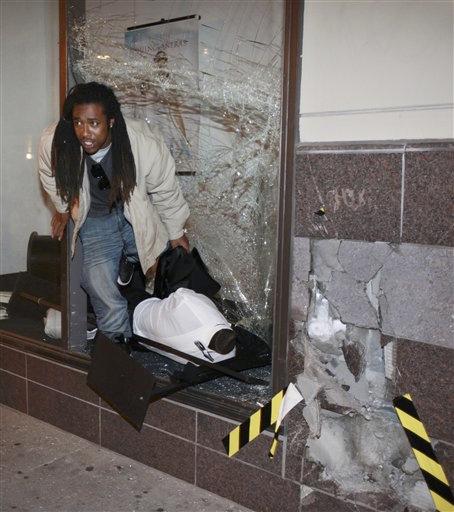 One of Hollywood's power couples has officially decided to end their relationship.

Jennifer Aniston filed for divorce from Brad Pitt on Friday, ending a marriage that lasted 4 1/2 years.

The divorce petition filed in Superior Court seeks dissolution of marriage based on irreconcilable differences.

"Very short, very standard," says Jess Cagle, The Early Show entertainment contributor and People magazine senior editor. "She cited irreconcilable differences. Brad Pitt does not need spousal support. She is taking back her maiden name, which is in fact, Jennifer Aniston and it speaks to the fact this is an amicable and standard divorce."

The two remain co-owners of the Plan B production company with producer Brad Grey.

"One thing that may happen, surprisingly enough, is she may keep this really great Beverly Hills mansion they remodeled together," Cagle notes. "She may keep that, and he may move on, but all of that is still being worked out."

"There was speculation they were trying to work it out and they were going to get back together. Maybe some of that was true," Cagle notes. "People close to them were pretty clear after the announcement of the separation that it was done. This is sort of the natural course of things."

The "Friends" star and the "Ocean's Twelve" hunk, however, are still friends, and even recently they were seen together smiling. So why did Aniston leave Pitt?

"It depends who you ask," Cagle says. "It depends whether you ask her friends or his friends. Everyone has a different story, but the bottom line is whatever happened, they are trying really hard to be friends and they are by all accounts, really nice people."

Rumors say Angelina Jolie is the culprit of the split, but Cagle says they have been denied.

"They're definitely friends and they made a movie together," Cagle says. "The filing of divorce could not have come at a better time for the tabloids because he and Angelina Jolie are doing reshoots for a new movie and they were together in Las Vegas for a convention."

And until rumors began swirling that the A-list couple was about to split, there were near-constant tabloid rumors that Aniston was pregnant. The actress had said she and Pitt eventually wanted to start a family.

Pitt, 41, and Aniston, 36, began dating in 1998 after being set up on a blind date. They were married in a fairy-tale wedding on Malibu bluffs overlooking the Pacific Ocean. Part of Pacific Coast Highway was shut down to accommodate the influx of 200 guests.

Among those who attended were actress Cameron Diaz and most of Aniston's co-stars from "Friends."

The couple married on July 29, 2000, and have no children. It was the first marriage for both.

Aniston shot to fame on "Friends," which ended its 10-year run last year as one of television's highest-rated comedies. She also has starred in such films as "Along Came Polly," "Bruce Almighty" and "The Good Girl."