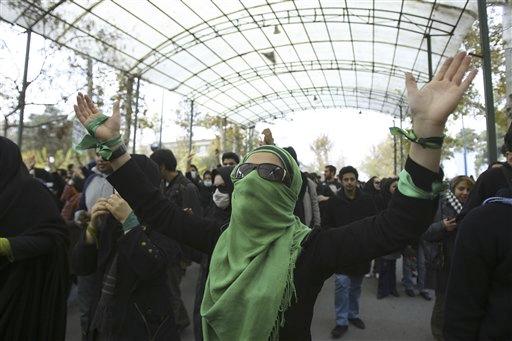 Who would have thought that Jennifer Aniston could beat-up Viggo Mortensen?

It seems even a "King" can't reign forever: A newcomer forced "Lord of the Rings, Return of the King" out of the No.1 spot at the weekend box office, says People Magazine senior editor Jess Cagle on The Early Show.

According to Hollywood.com, the star power of Jen and Ben (Ben Stiller, that is) helped overcome very mixed reviews to put the comedy "Along Came Polly" in the top spot with a strong $27.6 million.

Another new release was in third place: The motorcycle action film "Torque" revved-up about $10.3-million.

"The Lord of the Rings: The Return of the King" fell to fourth place with $10.2 million, according to studio estimates Sunday.

Halloween Movies for Kids of All Ages

How One Kidney Donation Kept On Giving

Cagle says what surprised him about "Along Came Polly" was not that it did well but that it made such an amount of money.

"This seems to be a good time to release romantic comedies. Young audiences will choose something like this over the more serious Oscar contenders out there. Last year, 'How To Lose A Guy In Ten Days,' which was another movie with not great reviews, had the right combination of stars, Kate Hudson and Matthew McConaughey, young audiences went to see it," Cagle notes.

In the same way, audiences were not deterred by what some critics described as a rut for Stiller, who played similar roles in "Meet the Parents" and "There's Something About Mary."

The chemistry between Aniston and Stiller was part of "Along Came Polly's" appeal, said Nikki Rocco, president of Universal Pictures distribution. "Sure, he (Stiller) has done this before, but now she's with him. That might have something to do with it," she said.

"(Stiller) does seem to play this role a lot, but he does it well," Dergarabedian said. "The audience obviously loves Ben Stiller in this type of movie."

If estimates hold, "Polly" will rank as the highest-grossing movie to debut on a Martin Luther King holiday weekend, topping the $23.4 million of 2001's "Save the Last Dance."

The Tim Burton storytelling fantasy "Big Fish," which lost a close race to "Lord of the Rings" for the top spot last week, held on at No. 2 with $10.4 million.

Cagle points out, "Last weekend there was a big debate because Sony claimed (Big Fish) came in No. 1. In reality, once the final numbers were tallied, it was No.2. 'The Lord Of The Rings' had beaten it. So there was a gloating among the 'The Lord Of The Rings' people. This weekend, though, (Big Fish) did very well, held up. The producers of 'Big Fish' can say, 'Well, we showed them.'"

Burton's film has slowly built an audience since debuting in limited release six weeks ago, and is one of the nominees for best comedy film at next weekend's Golden Globe Awards.

"Enough people have seen and heard about it to create buzz, but not everyone has been convinced to go out and see it," Dergarabedian said. "This is one that could really benefit at the box office from awards or nominations."

The only other film opening in wide release, the cartoon "Disney's Teacher's Pet," was a bomb that didn't come close to cracking the Top 10. The animated feature, about a talking dog who disguises himself as a schoolboy, was based on a TV show from the Disney Channel.

Although "Lord of the Rings" dropped to fourth place, it is still performing strongly for a movie in its fifth week of release. So far, the third installment of the trilogy has collected $326.8 million domestically.

Worldwide, "The Return of the King" has earned $771.5 million, putting it on track to cross the billion-dollar mark, especially if it fares well at the Golden Globes or Academy Awards.

The overall box office was down slightly, with the top 12 movies taking in $95.6 million, down 4 percent from the same weekend last year, when "Kangaroo Jack," "National Security" and "Just Married" were at the top of the box office.

Final figures will be released Tuesday, a day later than usual due to the Martin Luther King holiday. The following are the numbers according to Hollywood.com: