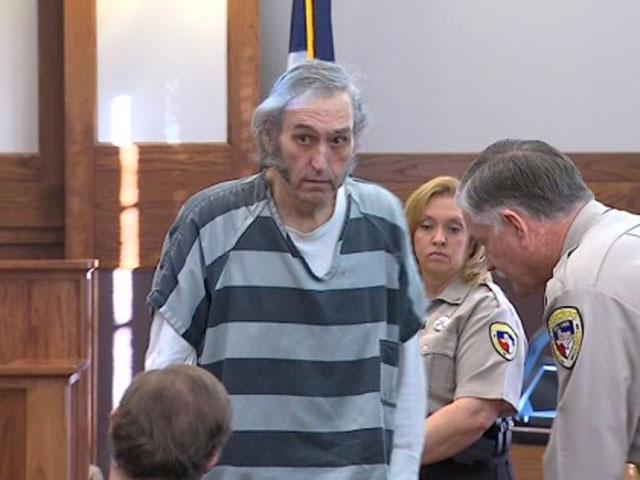 (CBS) WEATHERFORD, Texas - A Texas man who abducted his former neighbor and tortured her for nearly two weeks was sentenced to life in prison on Wednesday, reports CBS affiliate KHOU.

Jurors found Jeffrey Allan Maxwell, 59, guilty of aggravated kidnapping and two counts of aggravated sexual assault on Tuesday. They deliberated for less than one hour.

Maxwell's victim, 63-year-old Lois Pearson, testified that in March 2011, Maxwell came to her house, sprayed something in her eyes and started dragging her as she grabbed onto a barbed-wire fence. He then shackled her hands and feet and hit her twice in the head. She briefly escaped and ran down the road before he caught up with her and forced her into the back of his SUV at gunpoint, she said.

Maxwell then took Pearson, who had been his neighbor until 2005, into his garage, and whipped and sexually assaulted her while she was suspended naked on a deer-skinning device. Over the next 12 days she said she was continually tortured, chained to a bed and locked in a nearly airtight wooden box.

Maxwell received three life sentences, and then the judge in the case "stacked" two of them, meaning he will not be eligible for parole until he is 119 years old.

Pearson spoke after the trial, telling reporters that she thanked God for saving her.

"He answered my prayers and spared my life," Pearson said. "That man was going to kill me; he had no choice but to kill me, because I could identify him and he didn't want to go to prison."

Pearson said the sentence imposed on Maxwell gives the 63-year-old woman some satisfaction. "I feel very relieved, because that was one of my worries -- that he would come after me and try to kill me if he ever gets out," she said. "It's a miracle that I'm alive."

Pearson also told KHOU that she is trying to forgive her captor.

Prosecutors presented six witnesses during the punishment phase of Maxwell's trial -- two of whom said Maxwell molested them as little girls.

Defense attorneys said they couldn't find anyone to testify for Jeffrey Maxwell, including the accused man himself.

More on Crimesider
February 16, 2012 - "Woman testifies she prayed through 12 days of torture, in Texas trial of Jeffrey Allan Maxwell"