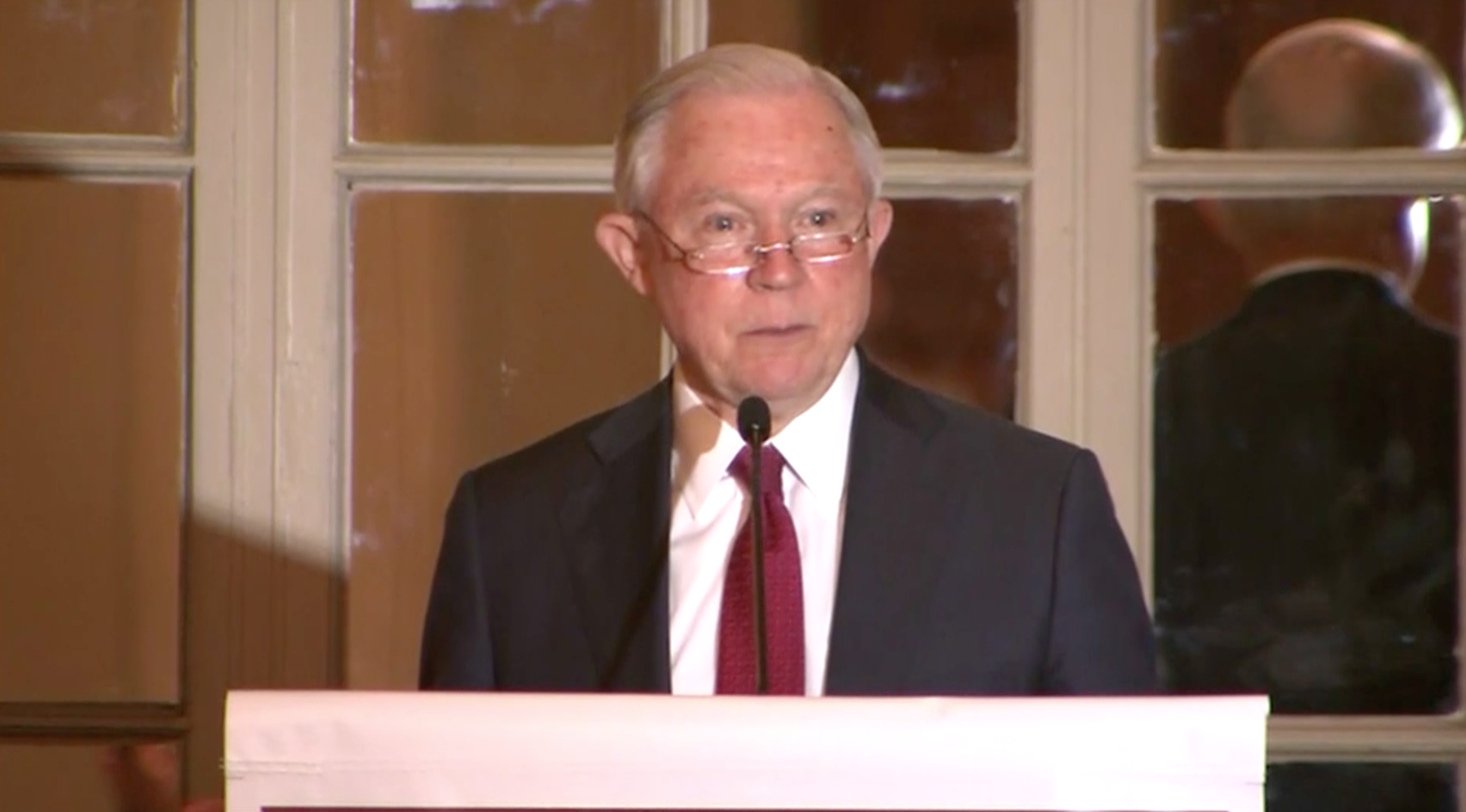 Attorney General Jeff Sessions made light of the Trump administration's controversial policy on separating migrant families at the U.S. border, with a joke at an event in Los Angeles Tuesday.

"The rhetoric we hear from the other side on this issue—as on so many others—has become radicalized.  We hear views on television today that are on the lunatic fringe. And what is perhaps more galling is the hypocrisy. These same people live in gated communities many of them and are featured at events where you have to have an ID even to even come in and hear them speak -- they like a little security around themselves. And if you try to scale the fence, believe me, they'll be only too happy to have you arrested and separated from your children, I would like to see that," Sessions said at the Criminal Justice Legal Foundation.

The joke went over well with the audience, which could be heard laughing and applauding the allusion in video from the event. "They want borders in their lives but not yours and not the American people's," Sessions added. "This is why the American people are sick of the lip service and the hypocrisy."

The separation of families at the southern border is an effect of Sessions's zero-tolerance policy on illegal border crossing, an initiative he announced in April. The directive ordered federal prosecutors in border states to put more emphasis on charging migrants with illegal entry, which had historically been treated as a misdemeanor offense for those with few or no previous encounters with border authorities. As a result, young children of adults who are being prosecuted for illegal border crossing have been detained separately by federal agencies.

Sessions continues to defend the policy amid nationwide outrage over family separation and has blamed Congress' inaction on immigration policy for the problem.