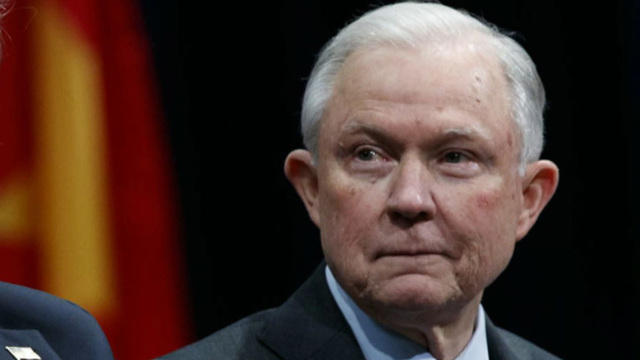 In an interview Tuesday, conservative radio host Hugh Hewitt asked Attorney General Jeff Sessions pointblank: "Is it absolutely necessary, General, to separate parents from children when they are detained or apprehended at the border?"

He argued that most of the detained children are teenagers and therefore more capable of taking care of themselves than infants or toddlers. While Sessions claims that Health and Human Services (HHS) takes care of these separated youths, he remained firm on prosecuting their parents who choose to bring them to the country "recklessly and improperly and illegally."

When families enter the country illegally, the Department of Homeland Security (DHS) can only keep children for 72 hours. After this, DHS continues to oversee prosecution of the parents, while their children then come under the management of HHS.

Essentially, federal law requires the children and adults to be kept in separate facilities, which is further complicated by the parents' prosecution.

While Sessions said it's not necessarily the Trump administration's goal to separate children and families, he stated that "it's legitimate to warn people" that coming to the United States illegally may result in split families.

Hewitt then asked Sessions, as a grandfather, to imagine what it would be like for his own grandchildren to be separated from their parents for a period of 72 hours or more and the impact that may have.

Session said he wishes the United States could afford to keep parents and children together after illegal immigrants are detained, but remained adamant that unlawful border crossers must be federally prosecuted.

Hewitt asked the attorney general if these separated children should be granted legal counsel in order to navigate the immigration system. He made the case that while it is not a Constitutional right, as it is for U.S. citizens, that perhaps it's a "moral right."

"No, I don't think it's a moral right, Hugh. No, no," Sessions said. "If you come to the country, you should come through, first, through the port of entry and make a claim of asylum if you think you have a legitimate asylum claim. You shouldn't try to get across the border at some desert site, some remote site unlawfully and expect not to be promptly deported. We've caught, over the years, millions of people, and they've been promptly deported. They don't get trial in federal court."