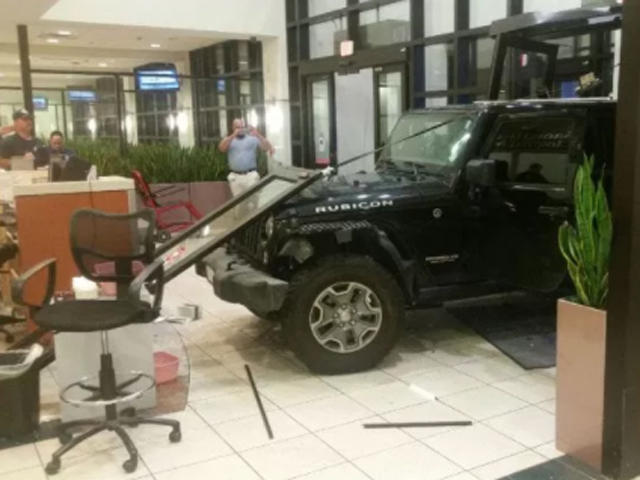 The driver of the Jeep Wrangler, identified as Kevin Pryor, 25, will face charges stemming from the incident, police say.

It began with a domestic violence situation, Pensacola police officer Mike Wood, a spokesperson for the department, told WKRG. Wood said the first 911 call came in around 1:04 a.m.

The Jeep's driver told his female passenger to hold on as he drove through the doors of the hospital, Wood said.  After the crash, the driver got out of the Jeep and tried to leave.  Hospital employees stopped him, wrestled him to the ground and held him until police arrived.

The woman in the vehicle was injured but is expected to recover.