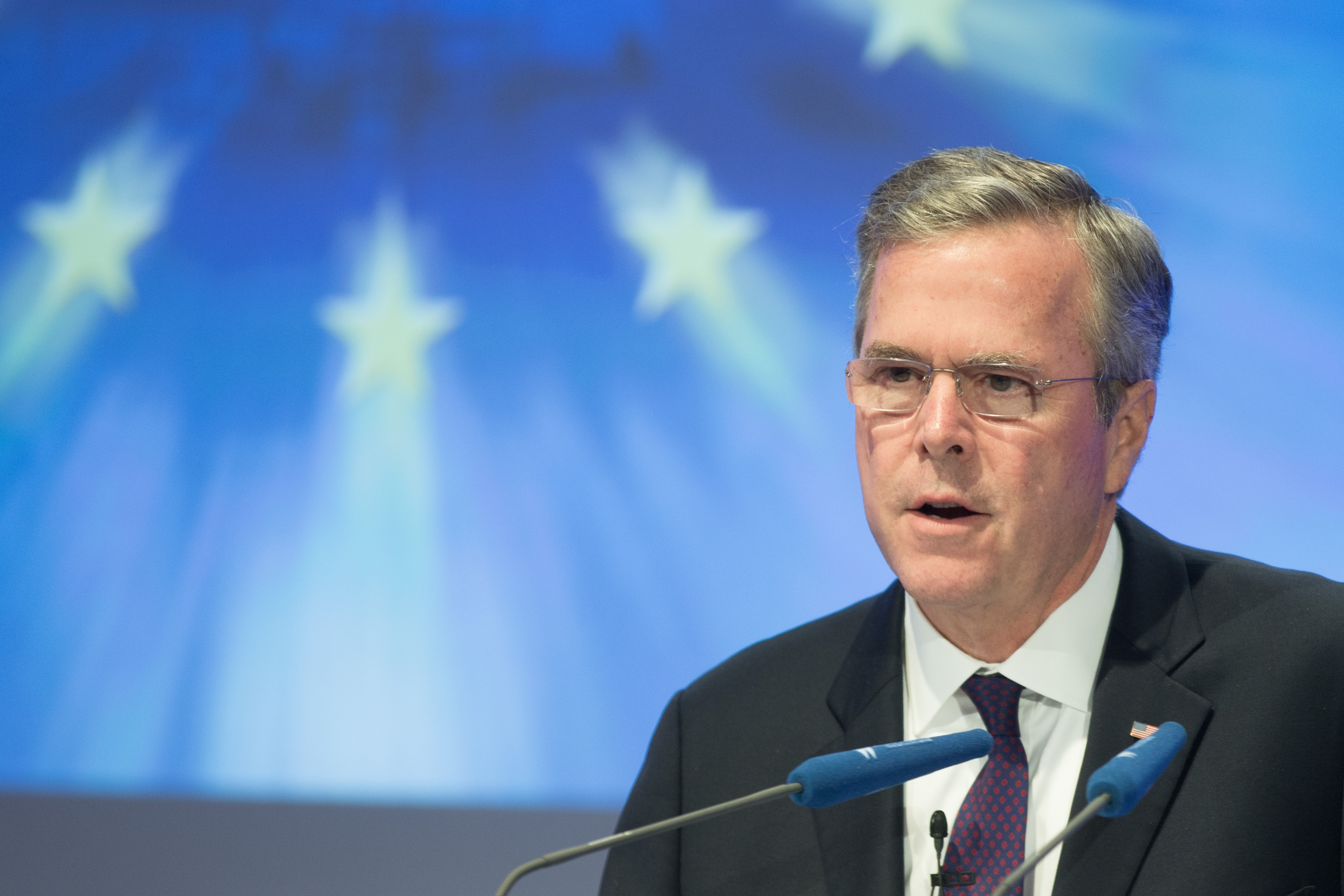 Jeb Bush is gearing up for his 2016 bid for the White House, ahead of an expected Monday campaign launch.

He revealed his campaign logo -- his first name, without his well-known family name, beside a large exclamation point -- on Twitter this morning:

While some have compared the logo, with a first name preceding an exclamation point, to one used by Republican Lamar Alexander in his 1996 campaign for president, Bush's new signature look is actually one he's sported in previous campaigns. When he first ran -- and lost -- the race for Florida governor in 1994, Bush used a similar look that distanced him from his famous family. He later resurrected the logo for his winning 1998 gubernatorial campaign.

The Bush camp has also put together a video ahead of the 2016 campaign announcement, previewing a platform that focuses on the "most vulnerable in our society."

"The barriers right now on people rising up is the great challenge of our time," Bush said in the video. "So many people could do so much better if we fixed a few things. My core beliefs start with the premise that the most vulnerable in our society should be in the front of the line, not the back. And as governor, I had a chance to act on that core belief."

The video, titled "Making a Difference" and scheduled to run ahead of Monday's announcement, features several Floridians testifying to how Bush's policies in Florida had helped them overcome various hardships: disability, domestic violence, an education gap.

"You can improve the life of people, whether it's in the programs for the developmentally disabled, or changing our economy, or fixing our higher education system," the former Florida governor added added. "All of these things can be fixed. I am absolutely convinced of it. What we need is new leadership that takes conservative principles and applies them so that people can rise up."

Bush just recently returned from a trip to Europe, where he visited Germany, Estonia, and Poland, taking the opportunity to bone up on his foreign policy credentials and meet with world leaders.

Bush is expected to launch his bid for the White House on Monday at a Miami Dade College campus in Miami, Florida.