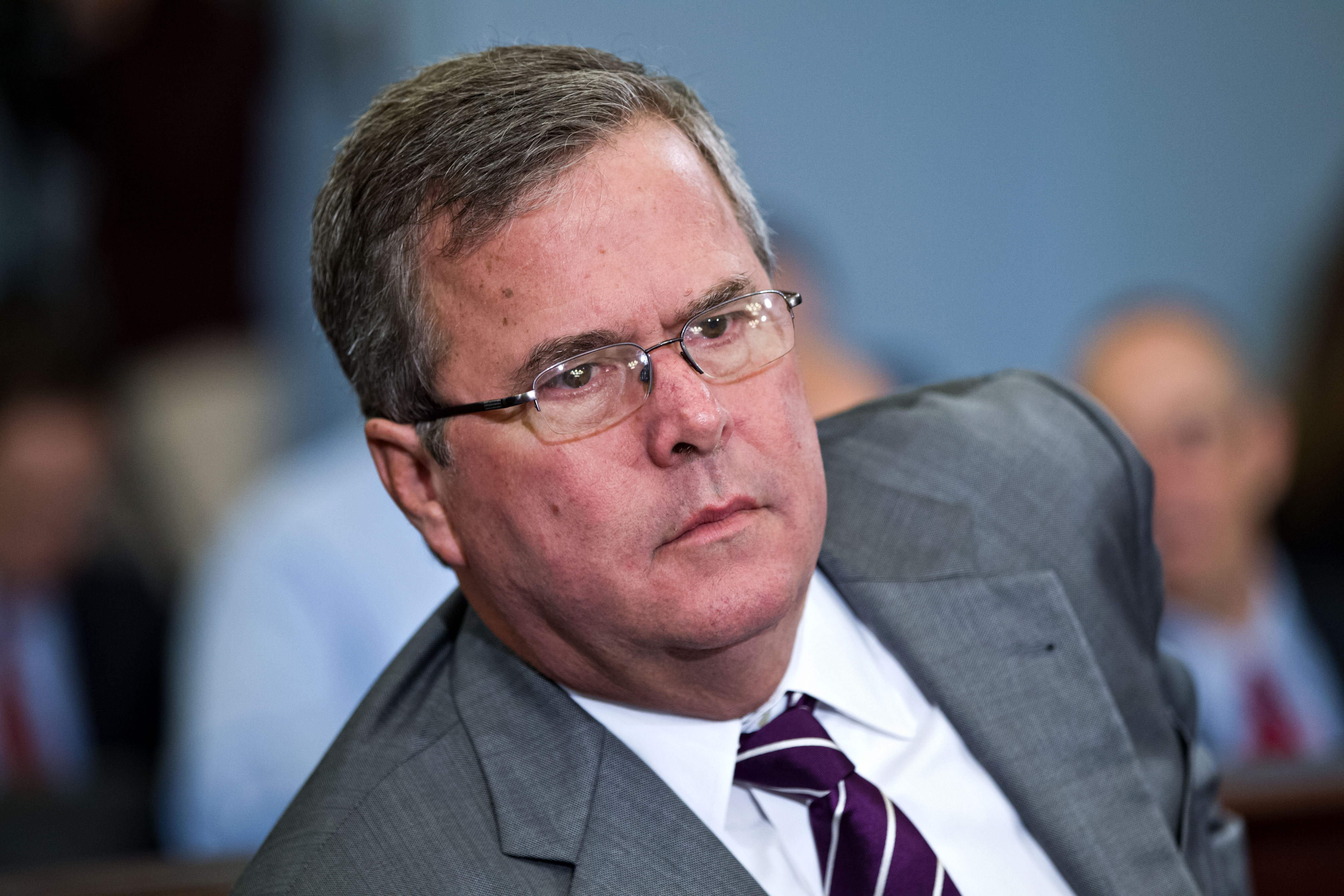 (CBS News) Showing his willingness to break from his party, former Florida Gov. Jeb Bush said on Friday he would accept $10 in spending cuts for every $1 in revenue increases and criticized activist Grover Norquist's no-tax pledge that most GOP lawmakers have signed.

Bush's comments came during an appearance before the House Budget Committee, where he testified at a hearing called "Removing the Barriers to Free Enterprise and Economic Growth." The hearing began as a question-and-answer session on many of the legislative battles occurring since he finished his term as governor in 2006.

Regarding the 10-to-1 question of cuts to increases - a hypothetical offer that every single Republican candidate for president said they would turn down during a debate last August - Bush said: "If you could bring to me a majority of people to say that we're going to have $10 in spending cuts for $1 of revenue enhancement -- put me in, coach."

As if to reiterate his oft-stated opposition to another election in the near future, he quipped, "This will prove I'm not running for anything."

He also said he had rejected three offers from Norquist, the head of Americans for Tax Reform, to sign a pledge refusing to ever support a tax increase. "I don't believe you outsource your principles and convictions to people. I respect Grover's political involvement, he has every right to do it, but I never signed any pledge," Bush said.

Though he called Mitt Romney "" great guy," Bush reiterated that he isn't interested in being Romney's running mate. He still favors fellow Floridian Marco Rubio -- whom he called, "the most articulate spokesman for conservative principles I think in America today" -- for the job.

On other issues, Bush showed he is in sync with the GOP. He said he agreed with Romney's argument that the auto industry should have been allowed to go bankrupt ("they did go bankrupt," he said, though in a way that he deemed inappropriate because of the government's "muscular" involvement).

He said that the $700 billion financial rescue of Wall Street banks - a deal engineered by the administration of his brother, President George W. Bush -- "was probably the right thing to do." He also was critical of the Dodd-Frank legislation that followed for heaping more regulation on an industry that he said suffered from poor enforcement rather than regulation.

Bush at times found himself the subject of harsh critiques of both his own and his brother's records. Budget Committee ranking member Chris Van Hollen, D-Md., opened the session with a blistering critique of President Bush's economic policies, and various Democratic members of the committee - including Democratic National Committee chairwoman Debbie Wasserman Schultz - used their question time to bash Jeb Bush's record as governor or subsequent work.

But he took the criticism in stride. ""I didn't come to criticize anybody, just for the record, I came to share my views," he said in response to Van Hollen's remarks. "I'm not used to the 9 o'clock food fight that starts bright and early around in Washington; I'm in Florida where you don't start that way in life, but it's great to be here."