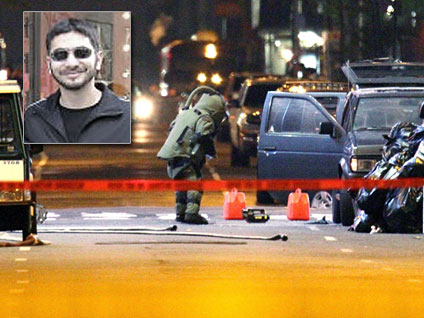 Heavy rain from the remnants of Jeanne flooded low-lying areas, uprooted trees and loosened the earth at a cemetery in south Georgia, washing coffins from the ground. Two deaths were blamed on the storm in South Carolina.

Jeanne, downgraded from a hurricane after cutting a swath of destruction through Florida over the weekend, steered north Monday evening as a tropical depression, spawning tornadoes and flash floods across the Deep South. The weakened weather system moved into the mid-Atlantic states Tuesday.

Buildings and other property was damaged by winds whipped up by tornadoes Monday in parts of the Carolinas, and thousands of Georgia households were without power.

In South Carolina, forecasters said the fringes of Jeanne could produce treacherous rip currents and beach erosion along the coastline.

Floridians were again settling into the discomforts of a post-hurricane reality: lines for bags of ice or a hot meal, damaged homes that will take months to repair, and stifling heat and darkness amid widespread power outages.

Hurricane Jeanne, the fourth storm to hammer the state in six weeks, has left behind a trail of death, destruction and frustration.

"It gets old but what are you going to do?" Treasure Coast Marina manager Cam Scarborough told CBS News Correspondent Jim Krasula, adding that hurricane victims in Grant, Fla., are beyond being tired.

Jeanne killed at least six people in Florida during the weekend, bearing down upon the state with winds of 120 mph. The havoc caused by hurricanes Charley, Frances, Ivan and Jeanne have prompted the largest relief effort ever undertaken by the Federal Emergency Management Agency.

President Bush asked Congress late Monday for more than $7.1 billion to help Florida and other Southeastern states recover from their lashing by four hurricanes. His third request for additional storm aid brings total possible funding to at least $12.2 billion.

Patience was in demand at staging areas along the state's central Atlantic coast, where volunteers from the Salvation Army and the American Red Cross passed out bags of ice and containers of water to help residents keep cool under temperatures in the high 80s and massive power outages.

In Indialantic, a line of 40 cars waited in the parking lot of a strip mall where volunteers loaded bags of ice from a semitrailer that had arrived from St. Louis. Residents left behind homes without electricity to dine on hot plates of ravioli and corn and bottles of Snapple.

"It hasn't been a fun month," said Louann Dowling, 40, of Satellite Beach, who picked up food and ice for her four children.

Florida is the first state to get pounded by four hurricanes in one season since Texas in 1886. Two months remain in the 2004 hurricane season.

Dowling said the combination of the storms have caused financial hardships; her husband lost his job in the telecommunications industry after Frances and she has had her hours cut back at the hospital.

Down the line, Jeff Sermon, 46, a car dealer, and Ann Yates, 43, sat in their red pickup truck in search of a hot meal, ice and water to bring back to their house in Melbourne Beach that lacks power.

"I have an awful headache," Yates said, reclining in the passenger seat, perspiring in the hot, humid weather.

At the only Home Depot in nearby Vero Beach, 75 people waited for tarps, gas cans and other supplies to begin repairing their homes. In a separate line, 25 people waited for generators on the promise that a shipment of 300 was on the way.

In Fort Pierce, Gladys Caldwell knew exactly how long she had waited for water and ice at a distribution station — "two hours and 18 minutes" — but could keep it all in perspective. The city's historic downtown area was marked by dangling power lines and flooded roads.

"I thank God that at least I have part of my house," Caldwell said. "Some people lost everything."

In Florida alone, relief workers have passed out at least 16 million meals, 9 million gallons of water and nearly 59 million pounds of ice over the course of the four storms, state officials said.

Florida citrus growers lost about half of their grapefruit crop during Frances. And with the ground soaked from previous storms, trees toppled more easily this time. Fruit was scattered throughout groves.

Orlando's theme parks closed for the third time this season during Jeanne, and many hotels along the Atlantic coast were heavily damaged.

Earlier, Jeanne caused flooding in Haiti that killed more than 1,500 people. The storm weakened after plowing across Florida, but brought heavy rain and fierce wind to the already-soggy South.

Charley hammered Florida's southwest coast Aug. 13; Frances blanketed much of the peninsula as it crawled through Labor Day weekend; and Ivan blasted the Panhandle when it hit Sept. 16. The three storms caused billions of dollars in damage and killed 73 people in Florida alone.