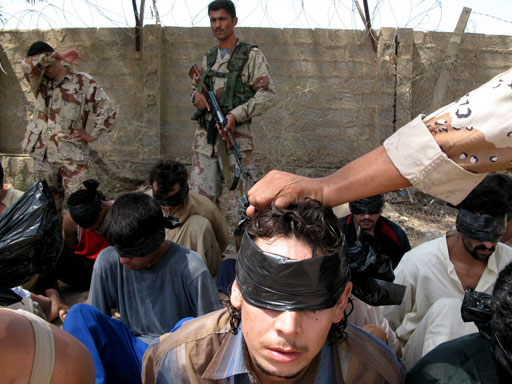 Jewish Defense League leader Irv Rubin, who made a career out of confronting those he considered to be enemies of Israel and the Jewish people, died in a hospital after attempting to commit suicide in jail last week, authorities said.

Rubin, 57, had been in a medically induced coma since Nov. 4 but died at about 11:45 p.m. Wednesday, said Adelaida De La Cerda, a spokeswoman at Los Angeles County-USC Medical Center. No other details were immediately available.

Federal officials said Rubin slashed his neck with a prison-issued razor blade on Nov. 4 and tumbled 18 feet over a railing at the federal Metropolitan Detention Center.

The apparent suicide attempt occurred just hours before Rubin was to make a court appearance on charges he allegedly plotted to bomb a Southern California mosque and the office of Rep. Darrell E. Issa, R-Calif., who is the grandson of Lebanese immigrants. Fellow JDL member Earl Krugel was also arrested in connection with the alleged scheme.

His wife, Shelley Rubin, has called for a further investigation in the suicide attempt, believing Rubin would not try and kill himself.

But authorities said interviews with witnesses - including officers and inmates - left no doubt about the cause of Rubin's injuries.

Rubin and Krugel were arrested Dec. 11 after an FBI informant delivered an explosive powder that authorities believed was the last component in making pipe bombs for the alleged targets - the King Fahd mosque in suburban Culver City and Issa's office. The charges carry up to 40 years in prison if Krugel is convicted.

Rubin, who by his own account has been arrested more than 40 times, joined the JDL early in the 1970s and quickly moved up, becoming chairman in 1985.

In 1989, the leader of the rival Jewish Defense Organization was charged with firing shots at Rubin and wounding three others in New York. Mordechai Levy was convicted of assault.

Rubin offered insight into his militant roots in a biography posted on the JDL's Web site.

As a boy growing up in Montreal, he encountered signs declaring "No dogs or Jews Allowed," posted outside of hotels and other businesses. He also endured taunts from French Canadian school children who teased him because he was Jewish.

"It was here that Irv Rubin learned to fight back," the biography states.

His family emigrated in 1961 and he became a U.S. citizen and joined the Air Force in 1966, serving four years.

In 1973, he served in Israel's civil defense corps during the Yom Kippur War.

The JDL, whose symbol is a raised fist inside a Star of David, has the motto "Never Again," referring to the World War II murder of 6 million Jews. It was founded in 1968 by Meir Kahane to mount armed response to anti-Semitic acts in New York City, where Kahane himself was later assassinated.

The group was suspected in a 1985 bombing in Santa Ana that killed Southern California Arab anti-discrimination leader Alex Odeh, but no arrests were ever made.