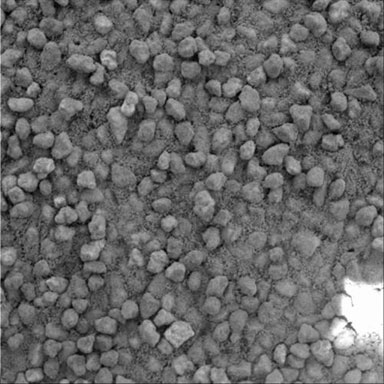 The best team in the NBA? It wasn't the Seattle SuperSonics on Saturday night.

The Utah Jazz won their fourth straight and ended Seattle's eight-game home winning streak with a 111-91 victory, their third since the All-Star break.

Karl Malone had 34 points and Jeff Hornacek 22 as the Jazz beat the Sonics for the second time in three meetings.

Seattle still has the league's best record at 39-12, but looked sluggish playing its fourth game in five nights, including an overtime victory over the Lakers in Los Angles Friday night.

"Record-wise, they're still the team to beat," said Malone, who also had eight rebounds. "But when we play our game, we can beat anybody. When we don't, we get beat by the (Los Angeles) Clippers."

Hornacek said this might be the season for the Jazz to finally win a championship in June.

"We can be the best," he said. "But so can Seattle and some other teams."

Malone, last year's league MVP, shot 14-for-23 and scored 17 points in the third quarter when the Jazz pulled away.

"I try to mix it up with drives and jump shots, but I still miss some," Malone said. "I'm always looking for perfection."

The Jazz held the Sonics to five baskets and 17 points in the second quarter when they took a 55-40 halftime lead. John Stockton had 12 assists for Utah.

Gary Payton led the Sonics with 23 points and 10 assists, but Vin Baker, Seattle's other All-Star, was held to 10 points and three rebounds. The Sonics, the league's top 3-point shooting team, were 5-for-22 from behind the arc.

It was Seattle's third loss in 23 home games and first since Dec. 23.

"We knew they might be tired so we wanted to come out and stick it to them," said Howard Eisley of the Jazz.

"We could have played a better game tonight," Baker said.

The Jazz, which won 64 games and the Western Conference title last season, improved to 34-15.

Malone had 17 points on 6-for-9 shooting in the third when the Jazz took two leads of 22 points early in the period. The Sonics cut Utah's lead to 83-71 on a layup by Detlef Schrempf, a 3-pointer by Sam Perkins and two free throws by Payton before Malone had two layups in the final 27.5 seconds of the period.

Malone scored nine points in the second quarter when Utah expanded its four-point lead after one quarter to 17 points just before halftime. Malone had a 14-footer, a short hook and a free throw in the final two minutes of the quarter.

The Sonics started out with center Jim McIlvaine on Malone.

"I doesn't matter who's guarding him when he gets on a roll," Eisley said.

Notes: Utah won its third in a row in Seattle. ... The Jazz improved their record to 7-10 against Pacific Division opponents this season, including 3-8 on the road. ... Baker played five minutes in the second quarter because he drew three fouls in the first five minutes of the period.