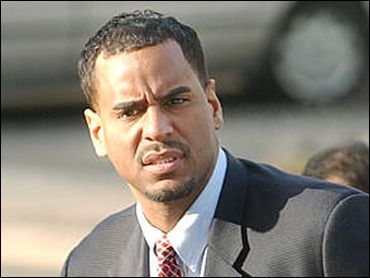 Prosecutors and defense attorneys in the Jayson Williams manslaughter trial agree that the former NBA star didn't intend to kill anyone when he grabbed a shotgun from his bedroom on Valentine's Day 2002.

But whether limousine driver Costas "Gus" Christofi's death resulted from reckless indifference or was a blameless accident is hotly contested. Opening statements to the jury are scheduled for Monday.

Christofi was slain in the early hours of Feb. 14, 2002, in Williams' second-floor bedroom after the retired New Jersey Nets center and his friends had been out drinking.

Christofi, 55, had driven the friends from a Harlem Globetrotters show in Bethlehem, Pa., to the Mountain View Chalet restaurant in Franklin Township, then to the 65-acre Williams estate in Alexandria Township.

Williams, 35, faces seven charges, including aggravated manslaughter and witness tampering, that could carry up to 55 years in prison.

Prosecutors maintain that while Williams did not intend to kill Christofi, he acted with reckless indifference when he took a Browning 12-gauge shotgun from a cabinet in the bedroom, and opened it and closed it in one motion. It fired and hit Christofi, who was about 3 feet away.

"He has knowledge of what happens when he drinks alcohol and picks up a gun," Assistant Hunterdon County Prosecutor Katharine L. Errickson argued last week.

Williams, who has been free on bail, and his defense team have portrayed the shooting at the 40-room mansion in Alexandria Township as an accident and have said alcohol didn't play a role.

In one of the televised interviews that inspired the judge to impose a gag order, Williams told ABC's "20/20": "This was an unforeseeable accident. That's all I can explain. It was just a terrible, horrible, worst-night-of-my-life accident that could ever occur." He also said he visits Christofi's grave every Sunday after church.

Prosecutors said that immediately after the shooting Williams wiped the gun and tried to put the victim's hand or fingerprints on it; he removed his clothing, jumped into a pool downstairs and put on new clothes. He told guests they must agree the shooting was a suicide and tell police they all had been downstairs, the documents said.

The defense has indicated it will attempt to show Williams was in shock.

Two of Williams' friends pleaded guilty to tampering with evidence, one for wiping down the shotgun that killed Christofi and the other for hiding Williams' clothes. Both are prepared to testify that they acted at Williams' request.

Williams retired from the Nets in 2000 after a decade in the NBA, unable to overcome a broken leg suffered a year earlier in a collision with a teammate. Williams was suspended from his job as an NBA analyst for NBC after the shooting.