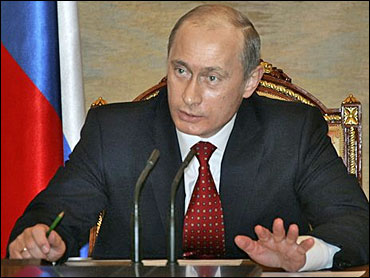 The Baltimore Orioles won't play the Toronto Blue Jays in the second half of the season, and for that they can be thankful.

The Blue Jays found all sorts of ways to beat Baltimore in the first half, recording one shutout, three wins in extra innings and six during their final at-bat.

They used a different approach Thursday, and in the process gave the Orioles something to remember them by.

Toronto hit six home runs, including two each by Willis Otanez and Tony Batista, and completed its second three-game sweep of Baltimore in 10 days with an 11-6 victory.

Carlos Delgado and Shannon Stewart also homered for the Blue Jays, who won 10 straight over the Orioles and took the season series 11-1. Toronto hit 21 home runs in the 12 games, including nine in this series.

"We came into the opening series against them earlier in the year knowing that is a club we had to beat if we're going to be around or in contention," Toronto manager Jim Fregosi said. "We played very, very well against them."

The Blue Jays beat Baltimore three straight times last week in their last at-bat, then won twice in the same fashion Tuesday and Wednesday before coasting in the finale. The Orioles have lost 13 of 15, falling a season-high 16 games under .500 (34-50).

"I can't fault our offense. We got 14 hits," Baltimore manager Ray Miller said. "But it's hard to defense a ball going out of the ballpark."

Toronto homered three times against Sidney Ponson (7-6) and hit three more off Rocky Coppinger. The six home runs tied the most allowed by Baltimore in a home game.

"Some were mistakes, some were good pitches," Orioles catcher Mike Figga said. "I don't know how Stewart's went out, and the second one to Batista was on a pitch over his head. It was just one of those days when everything they hit seemed to go out."

Kelvim Escobar (8-6), who couldn't get past the third inning in his previous two starts, allowed four runs in six innings to help Toronto record its fourth straight victory and 18th in 24 games.

"Wen you get support like that, it's great," Escobar said. "Some teams you play better against than others. We played well against them and just got on a roll."

Harold Baines homered for Baltimore, his 219th as a designated hitter to tie the major-league mark set by Don Baylor. Albert Belle homered in the ninth, and Jerry Hairston Jr. went 4-for-5.

Otanez, claimed on waivers from Baltimore on May 28, hit a two-run homer in the second to put Toronto ahead to stay. He made it 8-3 in the sixth with a drive shot against Coppinger immediately after Batista chased Ponson with a leadoff homer.

Otanzez's homers were his first with the Blue Jays. He had two in 29 games with Baltimore, but his .213 batting average and the resurgence of Cal Ripken at third base made him expendable.

"They always treated me good. It's nothing personal," Otanez said. "I'm just happy to be here, and I'm enjoying it."

Batista's second homer, a two-run drive, made it 10-4 in the seventh. Stewart hit a solo shot in the eighth.

Baltimore scored the first run of the game, but after that it was all Toronto. Otanez put the Blue Jays up 2-1 in the second, and a sacrifice fly by Shawn Green and an RBI single by Delgado made it 4-1 in the third.

Baltimore closed to 4-3 in its half when B.J. Surhoff hit an RBI double and scored on a single by Baines.

Ponson gave up seven runs and 10 hits in five-plus innings. He was 2-1 with a 2.85 ERA in his previous six starts.

"I didn't have nothing working today," Ponson said. "Everything was up in the zone, up in the zone. I tried to battle through it but couldn't."