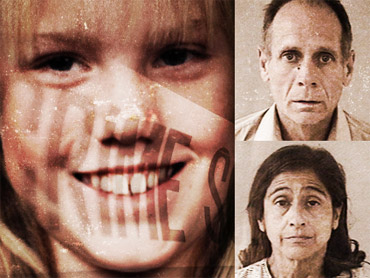 After 18 years, Jaycee Lee Dugard, 29, is now reunited with her family.

Jaycee's stepfather Carl Probyn said on "The Early Show" Monday, Jaycee and the two daughters she bore while confined are taking in their new life in California step by step.

"It's like being on Mars," Probyn said. "This is a brand new situation. ... It's pretty remarkable what they have to face."

Probyn said it's going to take a long time for his stepdaughter and her daughters to integrate into a life outside of captivity, but they are receiving assistance from National Center for Missing and Exploited Children.

Probyn said Jaycee's daughters believed she was their sister, and didn't know she was abducted.

Jaycee, who was abducted at age 11 from her bus stop, said she feels guilty for bonding with her abductor, Probyn said. He added her children cried when Garrido was arrested.

"They were a family," he told "Early Show" co-anchor Maggie Rodriguez. "...They were attached to each other."

Probyn added his wife, Terry, said Jaycee's daughters, who were reportedly fathered by her abductor, are "clingy," yet very intelligent -- despite never attending school.

Police are still looking for evidence on her kidnapper Phillip Garrido's Antioch, Calif. property. New photos of the background tent compound where Jaycee allegedly lived for 18 years have been released. Officials are still treating the Garrido home as a crime scene.

Both Phillip Garrido and his wife, Nancy, have pleaded not guilty to a total of 29 counts, including forcible abduction, rape and false imprisonment.

Read more stories on the Dugard case at CBSNews.com: