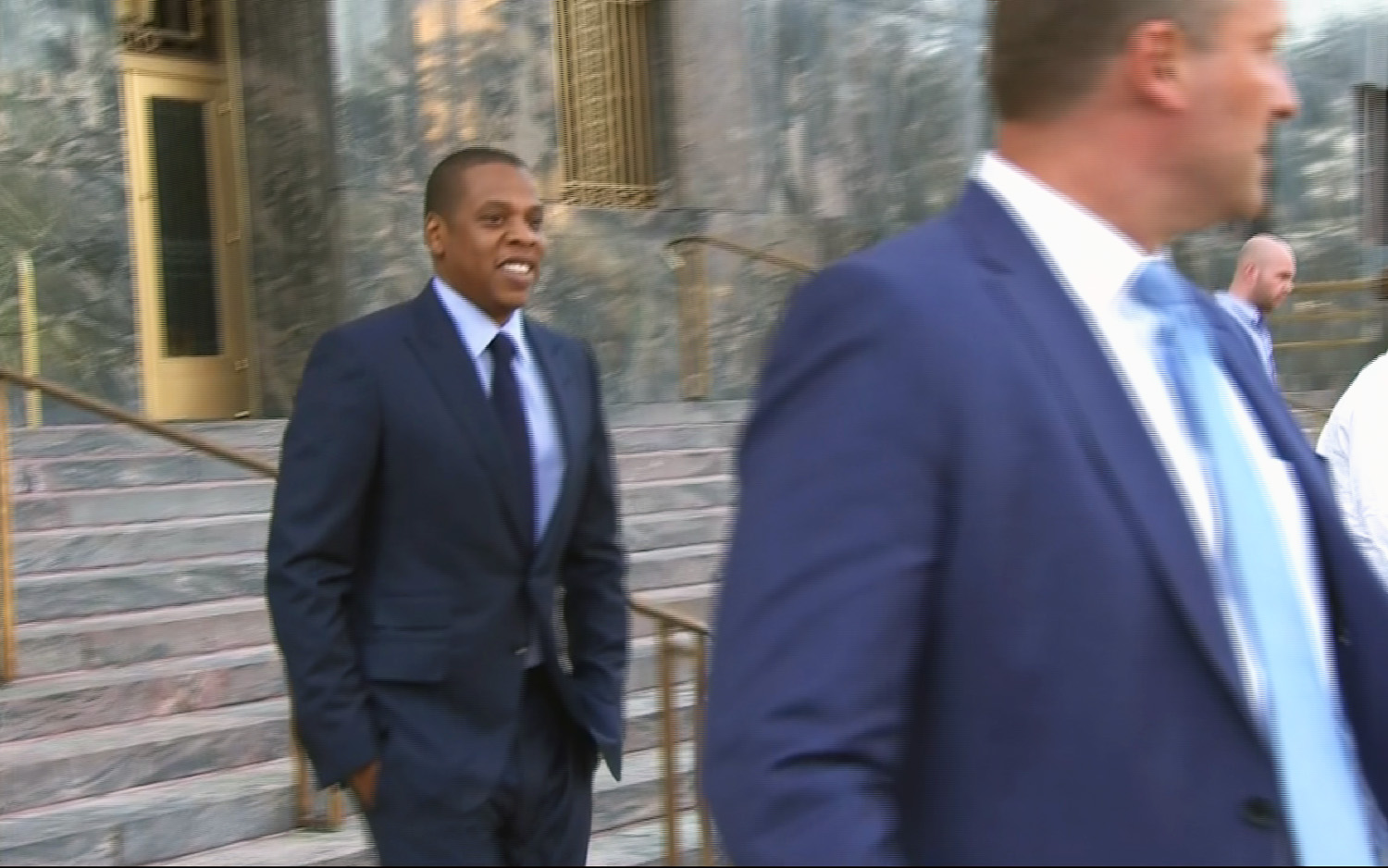 A copyright infringement trial over Jay Z's hit song "Big Pimpin' " opened Tuesday with an attorney for heirs of an Egyptian composer accusing the rapper of misusing music from a popular 1950s love ballad.

Jay Z, whose real name is Shawn Carter, listened as a lawyer for the heirs of Egyptian composer Baligh Hamdi accused him and Timbaland of violating rights to Hamdi's 1957 hit, "Khosara Khosara" to create "Big Pimpin.' "

Attorney Pete Ross accused Carter of lacing vulgar lyrics over Hamdi's beautiful melody without receiving the proper permission. Carter's lyrics however aren't at issue in the case, and lawyers for Carter and Timbaland say they secured the appropriate rights to feature "Khosara Khosara" on "Big Pimpin'."

Timbaland, whose real name is Timothy Mosely, also attended the opening of the trial. His attorney, Christine Lepera, told jurors that he initially used elements of Hamdi's work thinking it was royalty-free, but he later secured the appropriate rights.

Ross disputes that statement, and he accused the men of violating Hamdi's "moral rights," a legal concept he said is well-established in Egypt that would have required them to get permission to use elements of "Khosara Khosara" in a song celebrating a promiscuous lifestyle.

"Khosara Khosara" was featured in a 1957 Egyptian film and became a major hit, Ross said.

Lepera denied "moral rights" were at issue in the case and said evidence would show that Hamdi's heirs had been repeatedly paid for the incorporating the composer's music into "Big Pimpin.' " She also denied that the rap song use major elements of Hamdi's work, saying much of its music was simple and not copyrightable.

The trial will resume Wednesday with testimony from an expert on Egyptian music who began testifying Tuesday about Hamdi's life and influence.

It is the second major case to go to trial in Los Angeles involving allegations that a hit song infringes on another artist's rights. In March, a federal jury ruled that Robin Thicke and Pharrell Williams violated the copyright of Marvin Gaye's hit "Got to Give It Up" to create their hit song "Blurred Lines."

Gaye's family was initially awarded $7.4 million, but a judge later trimmed the verdict to $5.3 million.