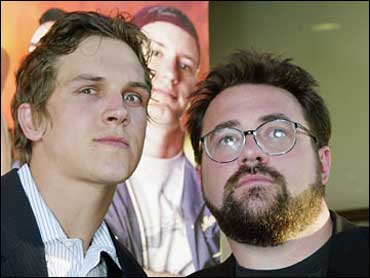 Sample Mewes commentary: "The steering wheel's on the wrong side of the car."