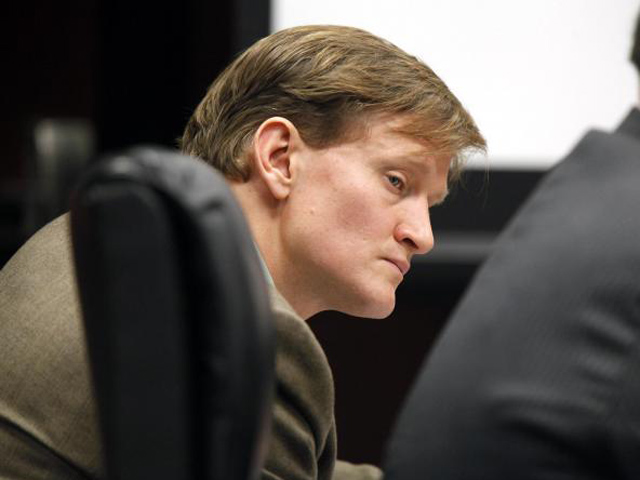 (CBS/WRAL) RALEIGH, N.C. - Jason Young, the man accused of beating his pregnant wife to death in their North Carolina home in 2006, is now on trial for first-degree murder a second time after a jury was deadlocked while deliberating last July.

The sister of Michelle Young testified in her former brother-in-law's second trial Tuesday that she urged him to speak to sheriff's investigators the night his wife's body was found.

Young, 37, is accused of beating his five-months pregnant wife to death in their home. Michelle Young was 29-years-old when she was found face-down in a pool of blood by her sister, Meredith Fisher. Michelle Young's two-year-old daughter was hiding nearby.

ABC News reports Jason Young was released from jail in July 2011 after posting $900,000 bail. However, he could now face life in prison without the possibility of parole if convicted.

Fisher tried to encourage Cassidy, the only witness and now age 7, to speak on the 911 call: "Sweetie do you know what happened to mommy? Did she fall?" Cassidy responded "She's got boo-boos everywhere."

Young claims that he was at a hotel on a business trip in Hillsville, Va., which is 160 miles from their home in Raleigh, the night that his wife died.

CBS affiliate WRAL reports County Assistant District Attorney Becky Holt said in opening statements on Monday that Jason Young, even after he got an attorney, never talked to investigators, family or friends about his wife's death. He also never asked about how the investigation was progressing.

In fact, Holt said, he gave up custody of his daughter to Fisher and defaulted on a wrongful death lawsuit to keep from having to answer questions.

Jason Young's defense attorneys say that their client "simply shut down and kept to himself."

"He didn't talk to anybody," attorney Mike Klinkosum said during opening statements. "He followed his lawyer's advice."

In his first trial, the jury deliberated over the course of three days. The deadlock resulted in eight votes in favor of acquittal and four for conviction.