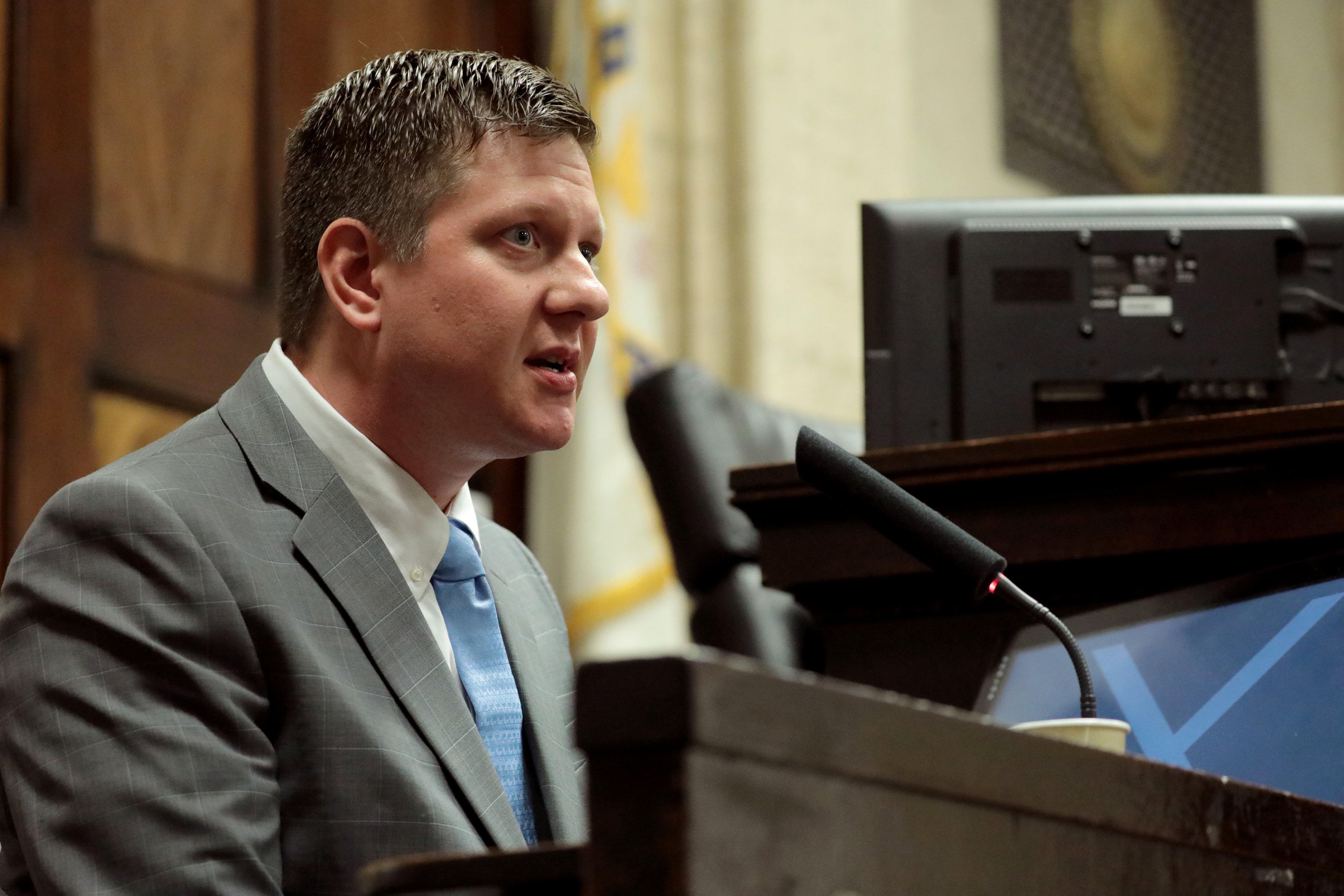 McDonald was shot after police were called to a report of someone breaking into vehicles. Testimony and video show responding officers called for help and were waiting for someone to arrive with a Taser. Squad car video shows McDonald was veering away from police, a knife in one hand, when Van Dyke started shooting. He fired 16 shots at the 17-year-old.

Van Dyke said he yelled "drop the knife" but McDonald "never stopped" advancing and didn't drop the knife. Van Dyke appeared to be holding back tears during portions of his testimony.

Lawyers for clients who aren't police officers typically advise against testifying because it opens them up to potentially devastating cross-examination. But it's not obvious whether the right legal strategy for officers, like Van Dyke, is to stay off the witness stand.

Van Dyke took the stand after a psychologist testified that he believed that when Van Dyke fired his weapon it was a "reasonable response" to what he perceived as a deadly threat posed by McDonald.

Dr. Laurence Miller interviewed Van Dyke for the defense. He said the officer told him that before he got out of his squad car, he had told his partner they would have to shoot the black teenager and wondered why officers had not already done so.

While it was unclear whether the testimony helped or hurt Van Dyke's case, the jury now has testimony that Van Dyke was at least considering on the night of Oct. 20, 2014, that he'd have to shoot the teen even before he got out of his squad car.

"He told his partner, 'Oh my God, we're going to have to shoot this guy,'" said Miller, who testified that Van Dyke on the way to the scene was learning over his radio that the teenager had stabbed a tire of a police cruiser. Miller said Van Dyke wondered aloud, "Why didn't they shoot him if he's attacking them?"