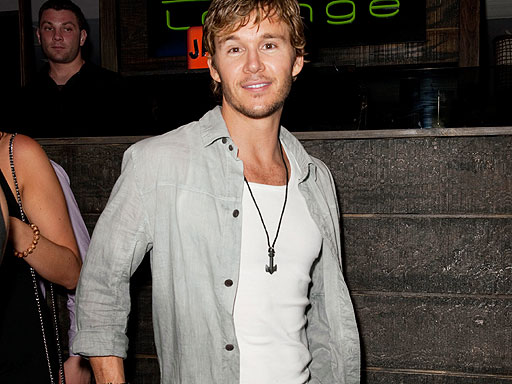 (CBS) How does "True Blood" star Ryan Kwanten, a.k.a Jason Stackhouse, stay fit enough to sink your teeth into?

"I think it's important to get your sweat on and to not just limit yourself to one particular sport," the 33-year-old told Muscle & Body. "To do nothing but lift weights to me would be a quick death."

No one wants that.

Before Hollywood, Kwanten was a semi-professional triathlete in his native Australia, according to Men's Health, and even won two recent L.A. biathlons in 2006 and 2007.

He also dabbled in boxing and surfing.

But he told the magazine that he now maintains his often shirtless physique by doing push-ups, sit-ups and shadow boxing in between takes. "If you have a minute to yourself, utilize it to the fullest," said the on-screen siren. "I love old-school stuff."

He's become one of the major draws of HBO's vampire series "True Blood" and recently graced the cover of Details magazine - yes, shirtless.

But somehow, Kwanten keeps working out and working in Hollywood in perspective.

"To be a man means more than having muscles; there's so much more to being a stand-up guy," he told Muscle & Body. "I always loved that Ralph Waldo Emerson quote: 'What lies behind us and what lies before us is small matter compared to what lies within us.'"