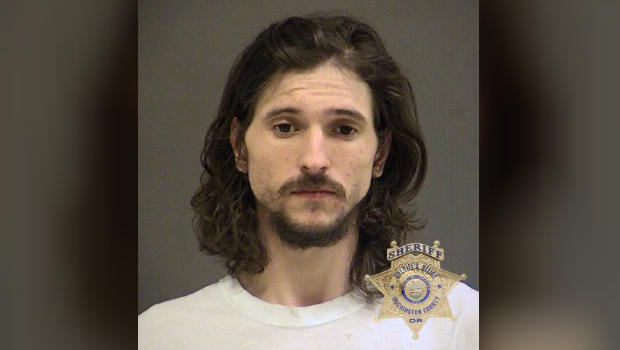 A man who was being investigated by the FBI for allegedly possessing explosives that could be detonated remotely is in custody, CBS affiliate KOIN-TV in Portland, Oregon, reports.

According to the station, the suspect, identified as 26-year-old Jason P. Schaefer, led authorities on a brief pursuit and that an explosion occurred inside the vehicle injuring both him and a Washington County Sheriff's deputy who was approaching the suspect.

KOIN-TV cites a bench warrant for Schaefer issued on October 11 that says the FBI learned in September that he was buying "numerous items that were causing concern" including explosive liquid, remotes to remotely set off fireworks, more than 100 electric matches and at least a pound of hexamine, which can be used to make home-made explosives and is frequently used in suicide bombings.

FBI agents arranged to search Schaefer's apartment while he was being interviewed at the probation office Tuesday, according to the search warrant. Agents learned he did have explosives that could be detonated remotely, giving authorities probable cause to arrest him on the charge of felon in possession of explosives -- a violation of his probation.

It was at that point, KOIN-TV writes, when local and federal authorities were issuing the warrant Wednesday when Schaefer fled leading to the pursuit and subsequent explosion by a small handheld device.

KOIN-TV reports that after Schaefer is treated for his non-life-threatening injuries he will be transferred to Washington County Jail.

FBI says there is no known threat to public safety at this time and the investigation continues.