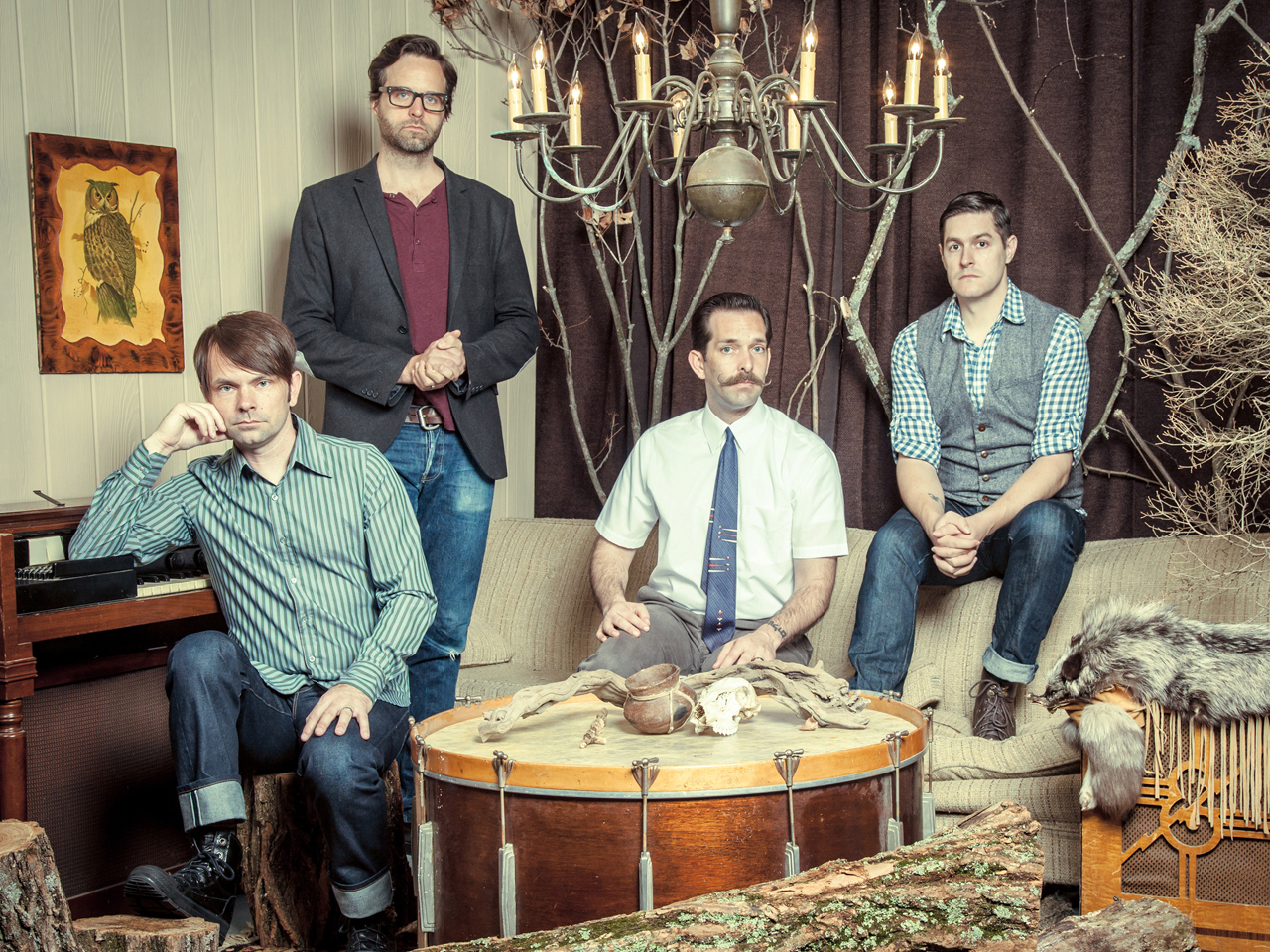 For the members of Jars of Clay, it's hard to believe it's been nearly two decades since releasing their self-titled debut album.

"I don't think any of us would have calculated that we would have done it for five years, much less 20 years," guitarist Matt Odmark said during a recent visit to CBSNews.com. "It puts us in a very grateful place these days."

Now Odmark, along with singer Dan Haseltine, guitarist Steve Mason and keyboardist Charlie Lowell are releasing a new album, "Inland," on Tuesday -- on the heels of 2010's "Shelter." For the first time, the band has officially gone "indie," releasing the set on its own label, Gray Matters.

"These are songs for the ordinary days -- when life is weighty and uncertain," said Odmark. "It is this middle space that we have inhabited over the years. It's where you and I do the gritty work of actually living."

"As you move further in life you begin to deal with real limitations and real disappointments -- and we found ourselves writing songs kind of exploring those themes," added Haseltine of the Grammy-winning band.

For "Inland," the Nashville-based band teamed with producer Tucker Martine, who has previously worked with Beth Orton, the Decemberists and My Morning Jacket.

"He really fits in an organic space really well," Haseltine told CBSNews.com. "So coming to Jars where we sort of have a balance of electronic music and folk music, he was able to find a really good space for the album."

Haseltine says that because Jars of Clay has been around for a while, the guys hoped to find something new and different -- yet authentic -- to say with their music.

Fans received a taste of the new music when lead single, "After The Fight," was released earlier this summer, and Jars of Clay has been performing the latest songs in concert. More shows are being lined up for the fall -- as these guys have no plans to slow down any time soon.

"Nobody encourages you as a 16- or 17-year-old [to] 'Go follow that rock and roll dream.' Everybody's sort of like, 'You can do that but make sure you got some sort of reliable alternatives,'" said Odmark.

For Jars of Clay, no alternatives were needed.

For more on Jars of Clay, check out our interview and in-studio performance above.