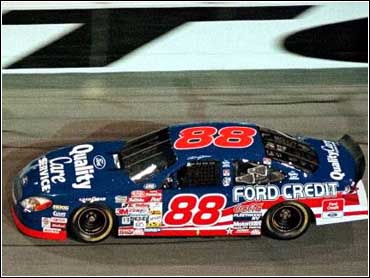 Dale Jarrett got a jump on his quest for a third straight victory at Daytona and a piece of history Thursday night, winning the pole position for the Pepsi 400.

The defending Winston Cup champion drove his red, white and blue Ford around the 2.5-mile trioval at Daytona International Speedway at 187.547 mph.

By winning under the lights Saturday night, Jarrett would join Cale Yarborough as the only other driver to win three straight at NASCAR's most famous track. Yarborough completed the feat in July 1968, with a victory in what was known then as the Firecracker 400.

Jarrett will start alongside his Robert Yates Racing teammate, Ricky Rudd, who circled the track at 187.122 mph in the muggy night air.

Bill Elliott (186.865 mph) will start from the third position, meaning the top three spots on the starting grid will be the same as in the Daytona 500 in February.

But things have changed since then.

Most notably, the car Jarrett drove to victory at the Daytona 500 has been placed on display in the museum next to the track. His team had to rebuild its car for races at Daytona and Talladega, the two superspeedways that use restrictor plates on the carburetors to slow speeds.

Jarrett tested the new car at Daytona earlier this month and liked what he saw.

"Fans can go look at that car at Daytona USA and see almost a copy of the car we've got here," Jarrett said. "We did everything we could to make it a little better in the wind tunnel. We came here and backed it up on the race track."

Rookie Dave Blaney will start fourth and Mark Martin, who is winless at Daytona, will start fifth.

Jeff Gordon failed to finish among the top 25 and will try again Friday in second-day qualifying.

"It's a little more difficult starting from the back at Daytona than at Talladega," said Gordon, who won on Talladega's 2.66-mile track in April. "There's more room to race a Talladega. Handling is the key. Track position is important. We'll just have to find a way to get it up there."

Jarrett heads into the second half of the season in third place, 129 points behind Labonte, as he tries to defend his title.

Could there be a better place to build momentum than Daytona, where Jarrett has had the car and the luck to win twice in a row?

In last year's Pepsi 400, he took a quick splash of gas late, then skirted the apron to save fuel as the race finished under the yellow flag. Out of gas after he crossed the finish line, his crew pushed him to Victory Lane.

In February, Jarrett opened defense of his Winston Cup title with a victory thanks in part to a pair of late accidents and a good closing push to overtake Johnny Benson. With that victory, he became the seventh driver to win two in a row at Daytona.

The pole position is his third of the year and 10th of his career.

"My job tonight was to get it into high gear without doing anything wrong, then guide it around," Jarrett said. "It's the easiest car I've had to drive."

Rusty Wallace failed in his effort to win a third straight pole position. He took his lap with a light mist falling and will start 12th.

Practice was shortened and qualifying was delayed by 30 minutes because of a steady rain that fell in the afternoon.

And while the heavy, humid air might have had an effect on the cars, it wasn't as pronounced as the effect of the smaller restrictor plates and new shock packages NASCAR has mandated this year.

Jarrett's qualifying time was more than 7 mph slower than the time Joe Nemechek posted last year to win the pole. Speeds at Talladega and at the Daytona 500 in February were slower, as well.

NASCAR eased its restrictions on the shocks after a dull Daytona 500, but it might not have done enough.

"I don't think there are any big alarms at this point," NASCAR senior vice president Mike Helton said. "We'll wait and see how the races go" before considering more changes. 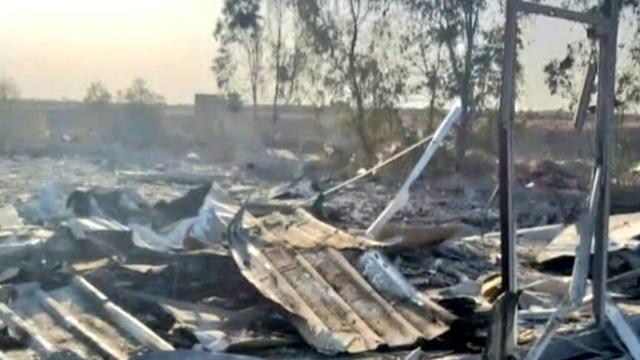