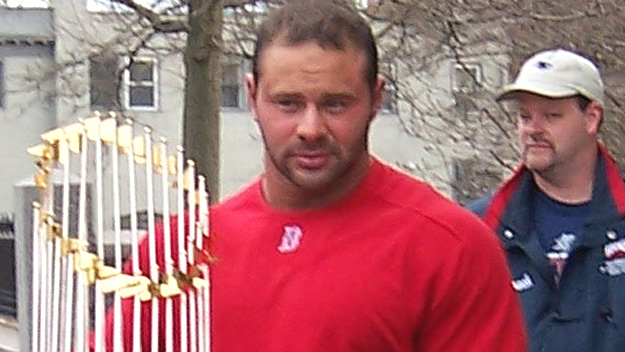 Remy, 34, pleaded not guilty Friday during his arraignment at Waltham District Court on murder and assault and battery charges, and was ordered held without bail, CBS Boston reported.

Remy is accused in the death Thursday of 27-year-old Jennifer Martel at an apartment complex in Waltham, Mass.

Middlesex District Attorney Marian Ryan said at a news conference that Remy and Martel were involved in a "romantic relationship."

Ryan says police responded to the Windsor Village complex at about 10 p.m. Thursday where they found Martel in an outdoor patio area suffering from multiple stab wounds. She died a short time later, according to CBS Boston

Jared Remy is a former Red Sox security staffer who was fired by the team in 2008 during a steroid investigation.

DA Ryan said Remy was previously arrested on August 13 for assault and battery on Martel. He was later released on his own recognizance and there was no active restraining order between the two at the time of Martel's death.