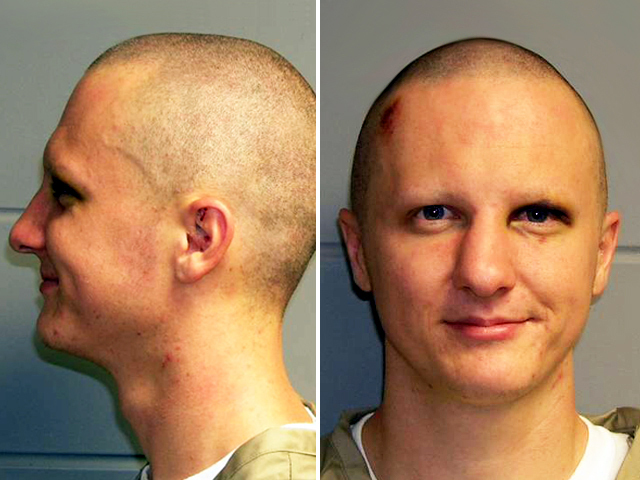 (CBS/AP) TUCSON, Ariz. -  Jared Lee Loughner agreed Tuesday to spend the rest of his life in prison, accepting responsibility for a deadly shooting rampage at an Arizona political gathering. The plea spares the victims a lengthy, possibly traumatic death-penalty trial. Loughner pleaded guilty to 19 total charges, with 30 others dismissed.

His plea came soon after a federal judge found that months of psychiatric treatment for schizophrenia made Loughner able to understand charges that he killed six people and wounded 13 others, including his intended target, then-congresswoman Gabrielle Giffords.

His hair closely cropped, Loughner was not the smiling, bald-headed suspect captured in a mugshot soon after the January 2011 shooting. His sentencing was scheduled for Nov. 15.

Wearing khakis, Loughner sat quietly throughout the hearing and smiled at one point when a psychologist testifying about his competence remarked that he had bonded with one of the federal prison guards.

"He's a different person in his appearance and his affect than the first time I laid eyes on him," said Judge Larry A. Burns, who then accepted the plea agreement and added that he found it to be in the best interest of everyone involved.

During the hearing, Pietz testified that Loughner at different times believed and doubted whether Giffords survived the shooting, saying sometimes that there was no way anyone could have survived being shot to the head and other times that he knew she was alive.

"'If this is true, Jared is a failure,'" Pietz said Loughner told her.

Experts had concluded that Loughner suffers from schizophrenia, and officials at a federal prison have forcibly medicated him with psychotropic drugs for more than a year.

Pietz testified for an hour about how she believes Loughner became competent. Loughner listened calmly without expression. His arms were crossed over his stomach, lurched slightly forward and looking straight at Pietz.

The outcome was welcomed by some victims, including Giffords herself, as a way to move on.

"The pain and loss caused by the events of Jan. 8, 2011, are incalculable," Giffords said in a joint statement with her husband, Mark Kelly. "Avoiding a trial will allow us -- and we hope the whole Southern Arizona community -- to continue with our recovery."

Attorney General Eric Holder said in a statement that he took the views of the victims into consideration when he decided not to see the death penalty.

"It is my hope that this decision will allow the Tucson community, and the nation, to continue the healing process free of what would likely be extended trial and pre-trial proceedings that would not have a certain outcome," Holder said. "The prosecutors and agents assigned to this matter have done an outstanding job and have ensured that justice has been done."

On "CBS This Morning" before Tuesday's hearing, attorney Brian Levin, of the Center for Study of Hate and Extremism at California State University, San Bernardino, said both the defense and prosecution find a plea bargain appealing.

Loughner attorney Judy Clarke managed to avoid the death penalty for other high-profile clients such as unabomber Ted Kaczynski and Eric Rudolph, who bombed abortion clinics in the late 1990s and Atlanta's Olympic park in 1996.

"As time went on and there were numerous evaluations, I think everybody had a better understanding of Mr. Loughner's mental illness." Baich said. He added: "It appears that he will need to be treated for the rest of his life in order to remain competent."