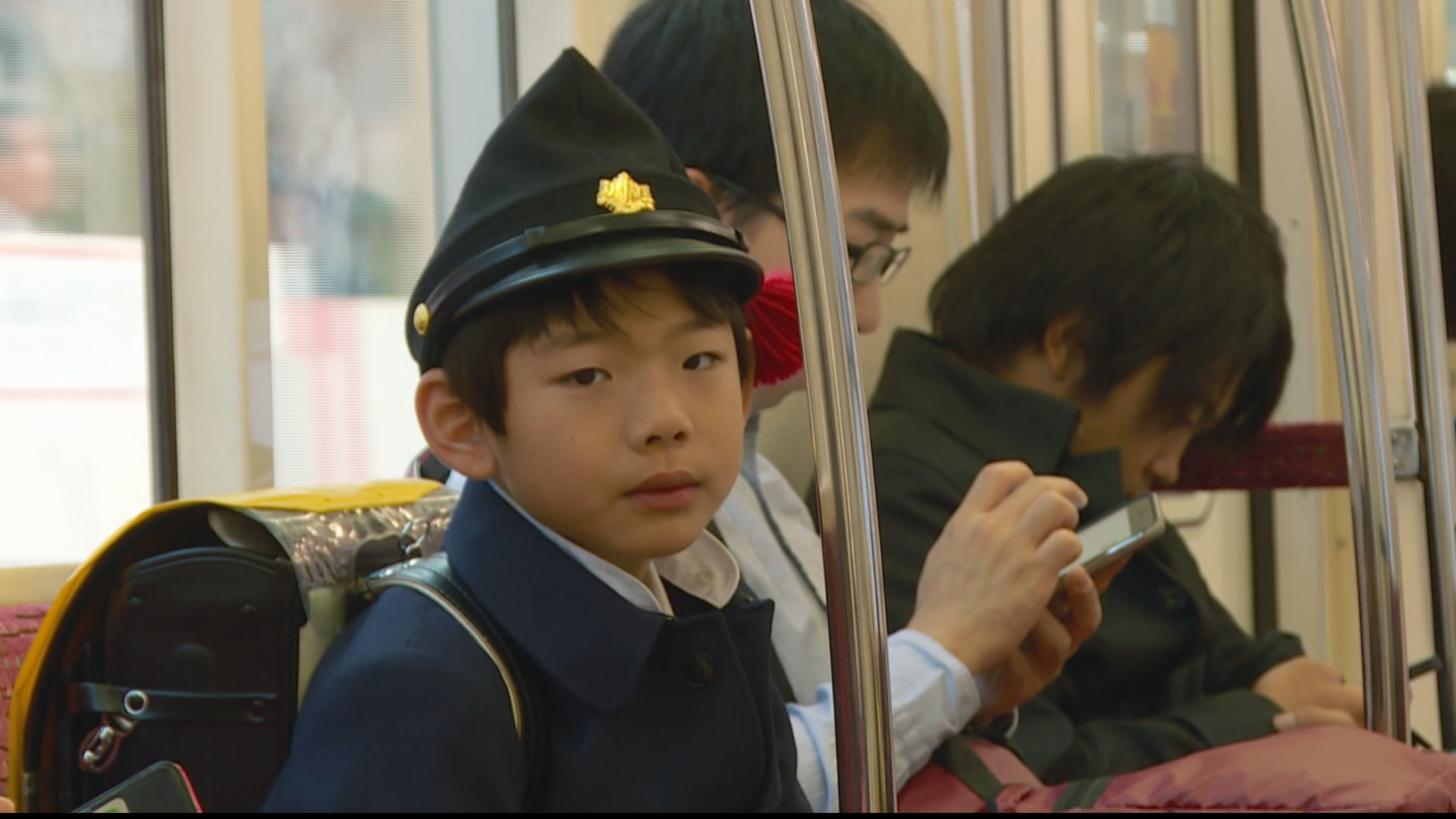 Every weekday morning, millions of American kids wake up and go to school, usually under the watchful eye of an adult.

But in Japan, children are expected to make the journey alone. In the Tokyo metro area, where the population tops 38 million, that trip can last up to an hour, covering several miles, reports CBS News correspondent Seth Doane.

It starts with breakfast, which in Japan means rice with fish eggs and seaweed. But what comes next is surprising - a 55-minute commute to school, all on his own.

His journey begins with a 10-minute walk to the station, where he swipes his card like a veteran commuter. There are trains to catch, a transfer to make and then another walk - all alone at just seven years of age.

"I was so worried!" said his mom, Yumi Sato, but just at the beginning. In Japan, parents are encouraged to let their kids go to school alone. In fact, it's mandated at Sato's school.

"It's a culturally indoctrinated understanding that children are supposed to be independent by the time they start grade school, really, so that's age six," said Teru Clavel, a Japanese-American sociologist now living in Tokyo.

A mom herself, Clavel is also about to let her own daughter commute to school alone.

"It's a saying children are exposed to... and it means 'to the adored child, send him on journeys,'" Clavel translated from Japanese.

In Japan, kids also serve food during lunchtime at school, and clean up afterwards.

There's even a popular TV show on the subject called, "My First Errand," that's been running for 25 years.

Sato notes Japan's trains are dependable and there's a modern-day tool to keep tabs on her young son - a GPS tracking device that reports back to her phone.

But this is not so dependable in the U.S., where Sato said she would never allow her child to travel to school alone.

"No - because I see a lot of guns on TV in the United States," Sato said. "I don't feel very safe, kids being alone and going to school by themselves."

The yellow flap on Ryuhei's backpack marks him as a first-grader, which alerts the community to keep close watch. Japan also has a relatively low crime rate, but news stories about pedophiles and subway cars in Tokyo made only for women - so there is no groping - raise questions about whether parents may have a false sense of security.

"Every parent has to assess what he or she is comfortable with... and absolutely - there's crime in Japan, there's danger," said Clavel. "But you have to weigh that against giving your child some freedom and being confident that you've given your child the tools to be able to navigate that."

Seven-year-old Ryuhei seems unfazed by any debate of his daily journey. In fact, he questions why America's children can't go to school alone.

"But, why can't kids ride trains by themselves?" he asked.