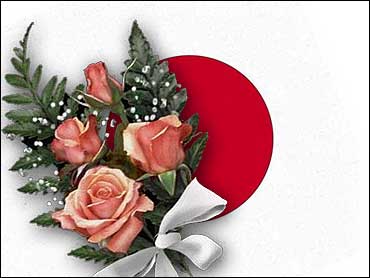 Nine bodies were found in two parked cars Tuesday with charcoal stoves at their feet and the windows sealed from inside in what is believed to be Japan's largest group suicide pact.

In one case, police rushed to a van in a deserted lot outside Tokyo after receiving a call from a friend of a victim, but they failed to reach it in time, finding seven dead — four men and three women, including teenagers and a 33-year-old mother, a police spokesman said.

The other two women were in a rented car at an isolated temple in Yokosuka, about 60 miles southwest of the capital.

Police said there were striking similarities between the two cases. Evidence of a failed joint attempt by two of the women — one from each group — to kill themselves on Oct. 4 had led investigators to believe the suicides might had been planned together, Japanese media quoted police as saying.

The discoveries were the latest in a rash of suicide pacts that have left dozens of Japanese dead in recent years. Many of the cases involving people from distant parts of the country started by meetings over the Internet, sparking calls for the government to shut down suicide message boards.

The seven found slumped in their seats in a rented van in Saitama prefecture northwest of Tokyo was the largest-known group to commit suicide together, said a National Police Agency official, who demanded anonymity.

Suicide pacts have been made over the Internet since at least the late 1990s, and have been reported everywhere from Guam to the Netherlands. But they've been happening in especially large numbers in Japan, where the suicide rates are among the world's highest.

Suicide Web sites are easy to find. They post disclaimers about the dangers of their content, which includes death wishes and exchanges on methods of dying. Some Japanese-language sites feature lists of materials necessary for self-asphyxiation and ready-made kits for sale.

In Tuesday's case, officers found the van with seven inside after getting a call from a friend of one of the victims who had received an e-mail hinting at suicide.

A woman sat in the driver's seat, while the six others sat in two rows behind her. The van windows were sealed with vinyl tape from the inside, and four charcoal stoves were on the floor.

Police found several suicide notes but no external wounds or signs of a struggle. Investigators think the seven poisoned themselves by inhaling lethal doses of carbon monoxide, the spokesman said.

The two women, whose car was near an isolated temple in Yokosuka, also were found with charcoal stoves at their feet. The car's windows were sealed with a black plastic tarp.

Japan's government has blamed a decade-long economic slump for an increasing number of people, especially middle-aged men, killing themselves. Younger people have said bullying, romantic breakups or abusive family members made them want to kill themselves.

Experts were divided over the causes of group suicides.

Takashi Tomita, a psychology professor, said the Internet had become a convenient meeting place for many Japanese worried about the future and seeking comfort from others.

"On the Net, they can share their worries. For them, death is attractive. It's a certainty in a world of uncertainty," he said.

Others cited a lack of suicide prevention and education efforts and the inability of some young Japanese to distinguish virtual-reality from reality.

"Young people today don't have a sense of reality about death," said Shinji Shimizu, a professor at a women's university. "They are approaching it as an extension of a game in cyberworld."