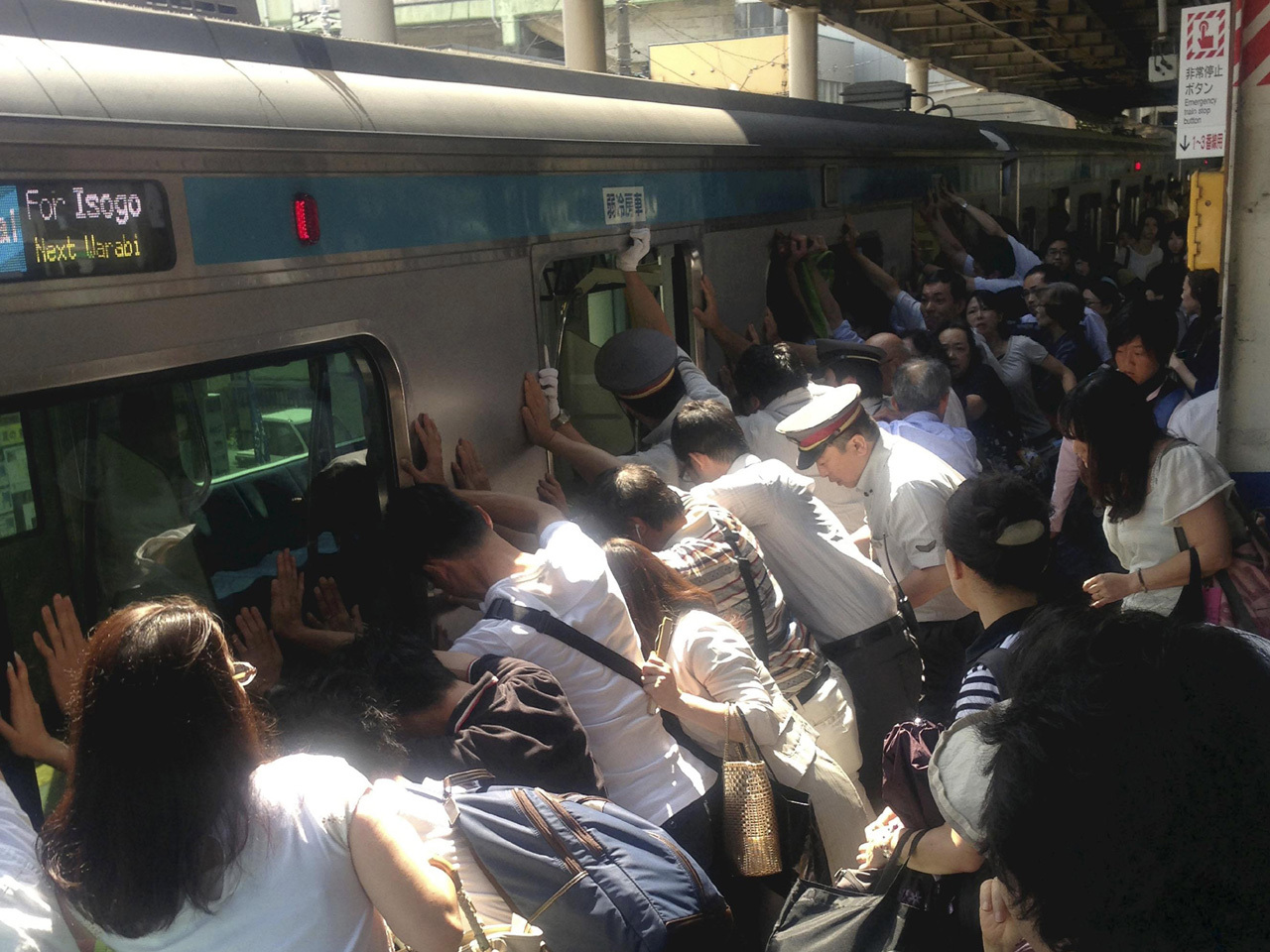 TOKYO Dozens of Japanese train passengers pushed a 32-ton train carriage away from the platform to free a woman who had fallen into the eight-inch gap between the train and platform during the busy morning rush hour Monday.

The act of heroism was captured by a newspaper photographer, whose photo of the rescue ran in the Yomiuri daily's evening edition.

A public announcement that a passenger was trapped prompted about 40 people to join train officials to push the carriage, whose suspension system allows it to lean to either side, according to the Yomiuri newspaper, Japan's largest daily.

The unnamed woman in her 30s was then pulled out uninjured to applause from onlookers at JR Minami-Urawa station, just north of Tokyo.

After just an eight-minute delay, the train went on its way.