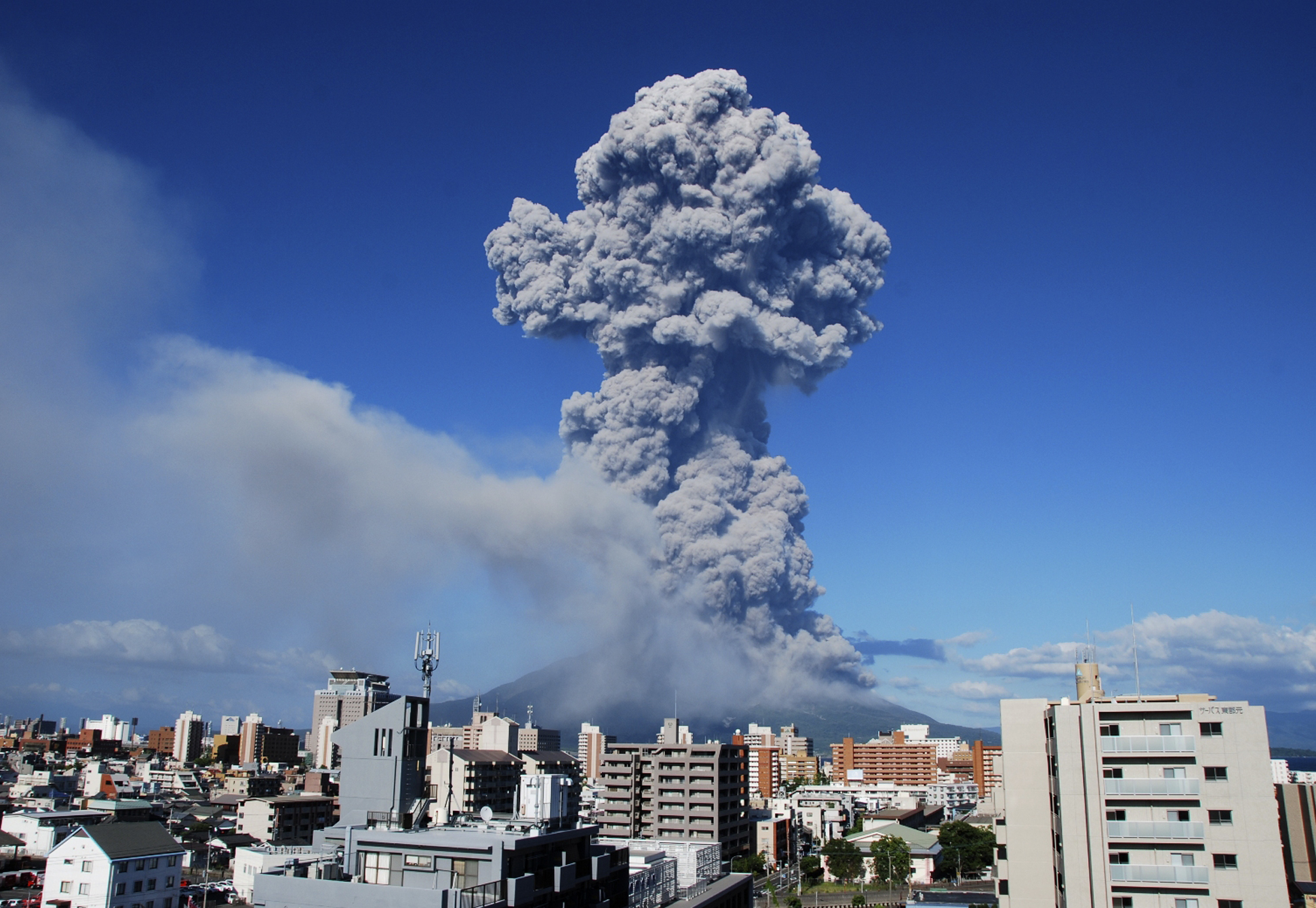 TOKYO A volcano has erupted in southwestern Japan and coated a nearby city with a layer of ash.

People in Kagoshima city wore masks and raincoats and used umbrellas to shield themselves from the ash after the Sakurajima volcano erupted Sunday afternoon. Drivers turned on their headlights, and local media described the ash like driving through snow at night. Railway operators stopped service in the city temporarily so ash could be removed from the tracks.

Kyodo News reported no injuries have occurred. It said the smoke plume was 5 kilometers (3 miles) high and lava flowed about 1 kilometer (.6 miles) from the fissure.

Japan is on the Pacific "Ring of Fire" and has frequent seismic activity. Sakurajima erupts often, and the Japan Meteorological Agency maintains a warning against people going near the volcano.

It is about 10 kilometers (6 miles) from Kagoshima city in Kagoshima prefecture.

Kyodo cited JMA as saying there are no signs of a larger eruption at Sakurajima but similar activity may continue.