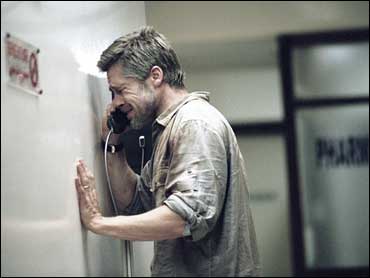 The Japanese distributor of "Babel" is warning audiences the movie may cause nausea or headaches.

Ichikawa said the company is investigating which scenes caused the illnesses, and hasn't ordered theaters to adjust sound or lighting.

The problem of nausea or headaches has only been reported in Japan, she said.

Some 300 theaters nationwide posted a note Tuesday saying "Babel" contains scenes with strong effects and that some viewers felt sick after seeing them, according to a company news release.

"Babel," directed by Alejandro Gonzalez Inarritu, depicts a saga of families on three continents linked by tragic events in the African desert.

The film was highly anticipated in Japan after Rinko Kikuchi received an Oscar nomination for best supporting actress. Kikuchi, 26, played a deaf and frustrated Tokyo schoolgirl.