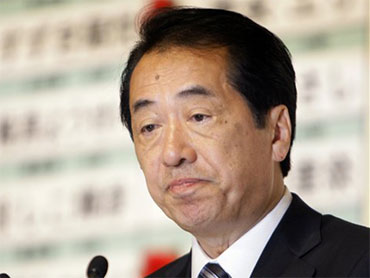 Voters handed a stinging defeat to Japan's ruling party in weekend elections, rejecting a proposal to increase taxes and handicapping a fledgling government struggling to keep the world's second-largest economy from financial meltdown.

Results compiled Monday in major newspapers showed Prime Minister Naoto Kan's party fell far short of maintaining a majority in the upper house of parliament. The ruling Democratic Party of Japan won only 44 seats, far below Kan's target of 54, while the opposition won 51 and gained control together with its coalition partners.

With public spending at more than double its GDP, Japan is trying to manage its ballooning debt while also addressing high unemployment and stagnant growth. Kan has warned the country could face a Greek-style meltdown if it does not get its finances in order - possibly by raising the sales tax.

But the grave losses indicate voters have rejected his solution, and will make it difficult for his government to effectively revive the economy.

"I think the Democrats lost the election for a reason. It's wrong to raise the national consumption tax at a time when the economy is so bad and people are suffering," said Shigeru Sugawara, 60, an apartment building manager in Tokyo.

The estimates were in stark contrast to the progressive party's landslide victory last August that ended the conservative party's nearly 50-year grip on power.

Projections showed the Democrats ended up with 110 seats, well below its goal of maintaining a majority in the 242-member upper house. Many prominent candidates were defeated, including Justice Minister Keiko Chiba.

Official government results were not expected until later Monday, but Kan acknowledged defeat early in the morning, saying he failed to fully explain his proposal to raise the sales tax from 5 percent to as much as 10 percent.

"The biggest reason for the defeat of the Democratic Party was Prime Minister Kan's handling of the consumer tax issue," said an editorial in the national Yomiuri newspaper.

The election won't directly affect the Democrats' grip on power because they control the more powerful lower house of parliament. But it does raise the serious prospect of gridlock.

"It's bad news for Kan and the party, and its really bad news for the nation because it means there isn't going to be resolute action on all the festering problems facing the government," said Jeff Kingston, director of Asian studies at Temple University in Japan. "And that's got global repercussions."

Japan is deeply invested in worldwide markets, and slow growth here can have a significant impact on the global economy. Kan said his experience as finance minister made him keenly aware of the need to keep Japan's economic engine running, and not seek short-term fixes.

Kan vowed to press on with economic reforms even if they are not easy to stomach.

"I sincerely and humbly accept this result," he said, adding: "I will continue to push for responsible government."

As the results came in, Kan said that his stance was seen as "sudden" by voters. But he said Japan needs to avoid a situation - like the one seen in Greece - in which public spending becomes unsustainable and leads to painful cuts in pensions and government salaries and benefits.

Many economists have slammed his analogy with Greece as alarmist - primarily because most of Japan's government bonds are held domestically, meaning investors are less likely to bolt - and analysts said voters recoiled from the idea of paying more taxes.

"I don't think Japan is in a position like Greece, but things aren't good, either," said Kingston. "I don't think markets are going to react well to this. We are going to go through another period of a rudderless Japan. Japan's leadership crisis is not over."

Japan has had six prime ministers in four years. Kan only took power a month ago after former Prime Minister Yukio Hatoyama quit in the wake of a funding scandal and his failure to keep a campaign promise to move a U.S. Marine base off the southern island of Okinawa.

Now Kan will have to seek a coalition partner to avoid parliamentary gridlock. But the Democrats will face an emboldened opposition led by the Liberal Democratic Party, which governed the country for most of the post World War II period.

"It will be increasingly difficult for Kan to exercise leadership," said Tsuneo Watanabe, an analyst with the private Tokyo Foundation think tank. "I think it is inevitable that this will weaken him."

The results did not appear to pose an immediate threat to Kan's job, however, and the prime minister said he does not intend to carry out a major shake-up of the Cabinet, though he must defend his post in party polls in September.

Even so, the defeat was a sharp rebuke.

Kan took office with support ratings of over 60 percent. But that plunged after he proposed the tax hike. As the elections neared, Kan backtracked and promised there would be no tax increase until after the next lower house elections, which must be held within three years.

But, in an economy struggling with high joblessness and stagnant growth outside of the major cities, the damage was already done.

"People had very high hopes of the Democrats, and they feel betrayed," said Tomoaki Iwai, a political science professor at Nihon University in Tokyo. "This is a vote against the ruling party, not a vote for the opposition."