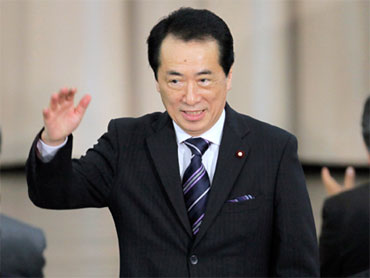 Japan's incoming government named its new Cabinet on Tuesday, keeping key members in place as the ruling party looks to revive the moribund economy and restore voter confidence ahead of next month's elections.

Prime Minister-elect Naoto Kan, whose administration will officially be sworn in Tuesday evening, chose to maintain the bulk of the existing Cabinet, including the country's powerful foreign and defense ministers. But he added several new faces as he seeks to distance his government from the previous one, which was bogged down by broken campaign promises and financial scandals.

"With freshness and professionalism, we would like to create a government that is thoroughly clean and accountable," said new Chief Cabinet Secretary Yoshihito Sengoku.

Among the new picks are Renho, a celebrity and former television announcer who was featured in the media for her tough stance against bureaucrats in public budget debates last year. The former model goes by one name and will be minister of administrative reforms.

Kan, who previously served as finance minister, will be replaced by former subordinate Yoshihiko Noda, who favors financial discipline and is against heavy public spending.

Japan's sixth prime minister in four years, Kan was to be officially be sworn in later Tuesday in a ceremony with Emperor Akihito.

The plain-spoken Kan, known for his sometimes fiery temper and for exposing a government cover-up of HIV-tainted blood products in the mid-1990s, was elected prime minister in a parliamentary vote last week to replace Yukio Hatoyama, who said he would step down last week amid voter dismay in his broken campaign promises and perceived weakness as a leader.

The retention of the foreign and defense posts are especially important given increased tensions in the region after the alleged sinking of a South Korean patrol ship by a North Korean submarine two months ago, as well as Tokyo's continuing negotiations over a controversial U.S. Marine base on the southern island of Okinawa.

Kan's reputation and common roots in contrast to several of the previous leaders who all hailed from politically elite families could boost the DPJ's fortunes, analysts say.

Recent polls show that the Democrats have already won back a measure of voter trust.

A poll published Tuesday in the national Sankei newspaper showed that 57 percent of recipients have high expectations for the new government, and support for the party has recovered to 31 percent, versus 18 percent from before Hatoyama stepped down.

The Sankei survey was conducted through random telephone interviews of 1,000 eligible voters. It did not give a margin of error, but that sampling size would normally have a margin of about 5 percentage points.